Is DOOL Really Going There? Why Allie’s In Bed With Tripp And Chanel 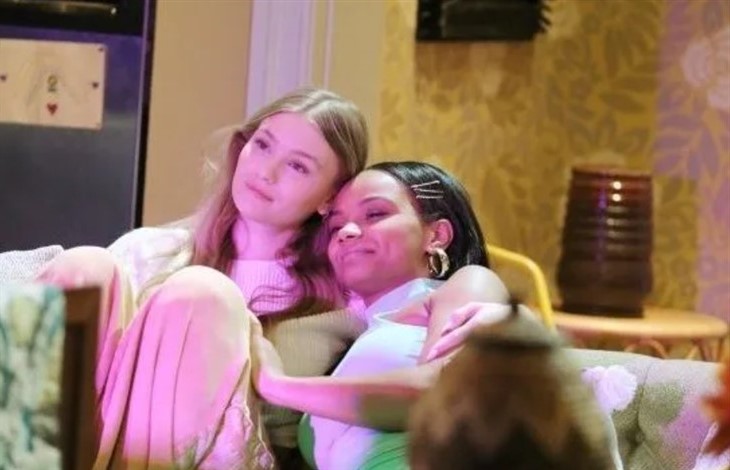 Days Of Our Lives Spoilers – Two’s Company, Three’s A Crowd

DOOL spoilers reveal that the weekly preview shows Allie in bed with two other people. On one side, there is Tripp and on the other side, there is Chanel. Allie is the only one awake and she moves her head from side to side looking at both of her romantic possibilities.

No, the NBC soap is not going there as this is just one of Allie’s dreams. During the week of August 16, Allie will have a dream, which represents her dilemma. Even though she chose Tripp and has been dating him, the situation will change. She will start to realize that she still has unresolved feelings for Allie. That is what the dream is all about, so as we previously speculated, this love triangle is far from over.

Days of Our Lives spoilers reveal that Allie’s decision seemed rather sudden and abrupt. It didn’t appear that Allie spent any real time thinking about it, especially after her passionate kiss with Chanel. She went from having a romantic night with her BFF to pulling Tripp into her bedroom. So, she might not have been ready to admit her sexuality at that point. So, what happens that makes Allie question her decision to be with Tripp?

Allie’s dream comes toward the end of next week. Before that, Allie and Johnny DiMera (Carson Boatman) reunite. They will be happy to see each other until Johnny tells his sister about the amazing girl he met the night before. It turns out that girl just happens to be Chanel. So, the love triangle is being revisited due to Allie getting jealous.

There are also fans who want to see Allie be more like Sami DiMera (Alison Sweeney) and less like a wallflower. Tripp and Allie are nice together if they were a real-life couple. However, they don’t bring any excitement or drama to the soap. They are both just too “good.” So, the writers definitely need to shake things up again and Chanel just might be the key to getting that done. Which character is the right one for Allie? Do you prefer Allie with Tripp or would you like to see her try a romance with Chanel?