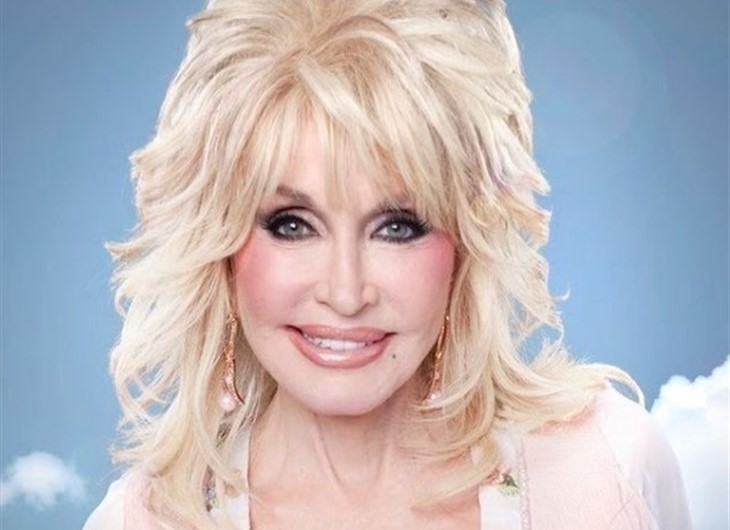 We already know and love Dolly Parton as the queen of country music. But Dolly is set to become the queen of ice cream as well.

Read all about Parton’s special ice cream flavor and the non-profit it benefits, plus how some Ebay folks who managed to purchase one of the popular prints are trying to profit by re-selling for astronomical prices.

You scream, I scream, we all scream for Dolly Parton’s ice cream… Okay, maybe that’s not quite how the traditional poem goes. But it still applies, with Dolly’s new ice cream getting rave reviews from the lucky ones who have tasted it.

Dolly proudly posted a photo of the ice cream to her Instagram page: 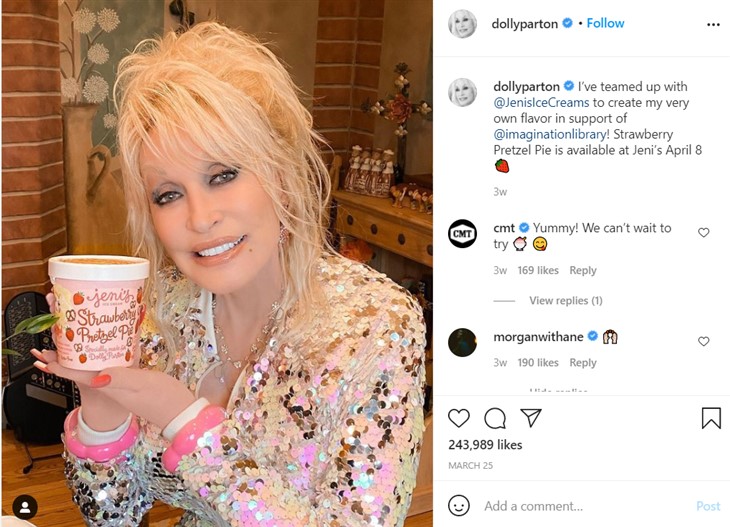 Apparently everyone else reacted as hungrily as we did, because it’s already sold out, according to the Jeni’s website. Here’s the scoop (no pun intended!) on what happened:

● Sold on a first-come, first-served basis, the inventory was set to ship in the upcoming weeks.

● For those who missed the ice cream opportunity for that first run, a pre-order opportunity was offered for a second run of 15,000 Strawberry Pretzel Pie pints, with a ship date set for August.

● Jeni’s Ice Cream shops sold out in their nationwide cafes as well.

On Twitter, the ice cream company showed a sense of humor about the situation, writing: “Strawberry Pretzel Pie is SOLD OUT everywhere! Thank you for making our @DollyParton collab an unstoppable force for good and supporting @dollyslibrary. Someday, someone will write a country song about the ice cream that broke the internet.”

If you saw the reference above to @dollyslibrary and weren’t sure what that meant, we’ve got you covered. Dolly Parton’s Imagination Library is a non-profit organization that the country music queen created to encourage parents to teach their children how to love books.

Dolly gives books free to kids from their birth through age five. Parton founded her Imagination Library in 1995, and it has grown to five countries (United States, United Kingdom, Canada, Australia and Republic of Ireland), giving more than one million free books to kids.

That selfless desire to do good on Parton’s behalf makes the exploitation of her ice cream on Ebay particularly offensive. Sellers are trying to profit by selling pints of the ice cream for as high as $1,000, with others hawking posters linked to the flavor for $35.