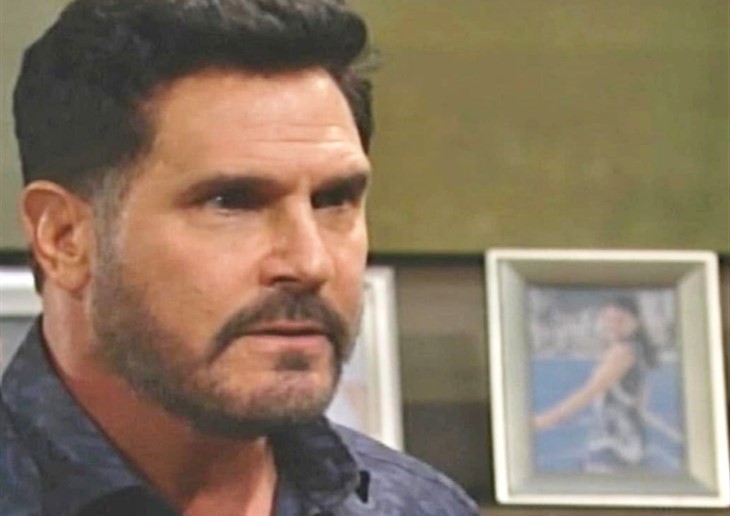 The Bold and the Beautiful (B&B) spoilers for Tuesday, April 20, 2021, reveal Liam about to tell everyone what he did that fateful night two weeks ago. Will Bill stop him from doing the right thing? Remember, the right thing will get Bill in almost as much trouble as Liam.

Dollar Bill Spencer (Don Diamont) just couldn’t be a normal person when Liam (Scott Clifton) accidentally ran down Vinny (Joe LoCicero) and killed him. He couldn’t just call the police and explain it was an accident. No, he had to place a passed out Liam back in the car and drive away. That’s the very definition of a hit and run — and a very serious crime.

Liam has been beside himself this whole time wanting to confess all but Bill has tried to stop him at every turn. That doesn’t matter to Liam. He can’t live with the guilt much longer, not when he was thisclose to winning Hope (Annika Noelle) back. He has to tell the truth.

And that’s exactly what he attempts to do. When Bill gets wind of his son’s plan, he rushes to stop him. What excuse will Bill use to explain his presence as Liam tries to get the whole story out so that Hope understands what really happened that night?

The Bold And The Beautiful Spoilers  – Quinn Forrester And Eric Forrester: A Marriage On The Rocks

Carter (Lawrence Saint-Victor) was shocked last week when Quinn (Rena Sofer) started opening up about her marriage and the lack of affection and physical contact that’s making the union hell for Eric’s (John McCook) much younger wife. Quinn can’t help but feel it’s something she’s done wrong — and she’s done a lot wrong.

Now that Quinn has confided in someone, The Bold and the Beautiful spoilers say it’s Eric’s turn to get a few things off his chest. His sounding board is Ridge (Thorsten Kaye) as he discusses the state of his marriage. Is Eric having trouble with the affection and physical contact part for medical reasons?

Or does he just not feel the same way about Quinn after learning how deceitful she was with the whole Shauna (Denise Richards) debacle? Stay tuned to The Bold and the Beautiful weekdays to find out.