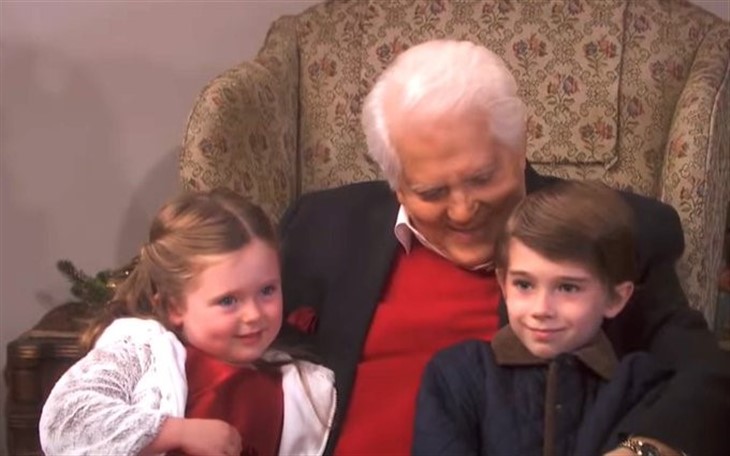 Days of Our Lives spoilers and updates tease that Autumn Gendron has joined the cast of the daytime drama as the new Charlotte DiMera, Abby DiMera (Melissa Ordway), and Chad DiMera’s (Billy Flynn) daughter. The young actress is expected to make her debut on the show this coming winter. Gendron is taking over the role of Charlotte from Olivia and Oakley Rondou.

Days Of Our Lives Spoilers – Ciara Suspects Marlena Is Lying

Spoilers hint that Ciara Brady DiMera (Alison Sweeney) will have some suspicions about Marlena Evans (Deidre Hall) as they settle in with Ben Weston (Robert Scott Wilson) in a secluded cabin. Ben is relieved that they were able to take Marlena away from John. However, Ciara is growing more suspicious about Marlena’s story since there are things that don’t add up.

As for Paulina Price (Jackée Harry), she’ll inform John Black (Drake Hogestyn) about her terrifying encounter with Marlena outside the townhouse. At first, Paulina will struggle to understand what happens until she learns that Marlena has been possessed by the devil. John will also update Paulina about Marlena and vows to continue looking for her once he’s recovered enough.

Meanwhile, Lani Price-Grant (Sal Stowers) and Abe Carver (James Reynolds) will have a serious conversation about the status of their relationship. They may both agree that things won’t be the same anymore, especially now that it’s been revealed that they’re not biologically related.

The pair have created a strong bond. Despite the shocking revelation, Abi and Lani still mean a lot to each other and continue to remain as father and daughter. They will both realize that their bond runs deeper than blood.

Abe will also try to convince Lani to confront Tamara Price (Marilyn McCoo), just like he did. She needs to unleash her anger once and for all and for Tamara to also get a chance to explain her side.

Philip Kiriakis (Jay Kenneth Johnson) believes that Chloe Lane (Nadia Bjorlin) and Brady Black (Eric Martsolf) betrayed him when in fact Nicole Walker (Arianne Zucker) and Rafe Hernandez (Galen Gering) were to be blamed. He’ll come up with a plan to test Chloe’s loyalty to him.

Josh Duggar Trial: Is The Forensic Evidence As Solid As People Think?