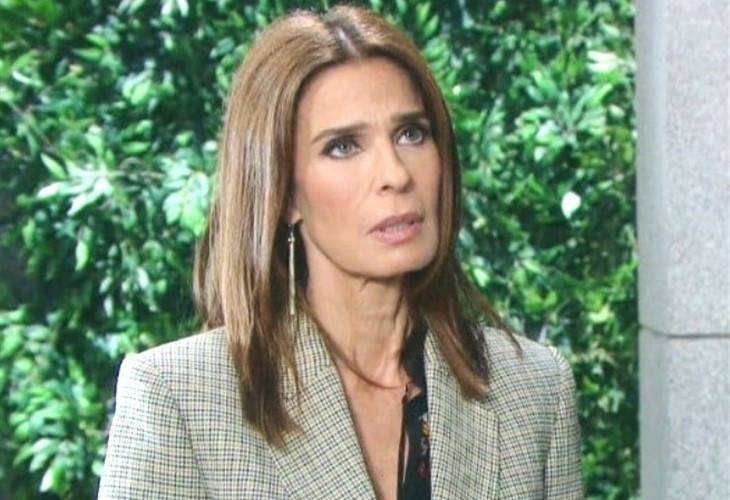 Days of Our Lives (DOOL) spoilers reveal that Hope Brady (formerly Kristian Alfonso) left Salem to reunite with Ciara Brady Weston (Victoria Konefal). However, now that Ciara is back in Salem, Hope is nowhere to be found. After thinking her daughter was dead, one would think Hope would never want to be far from her child again. So, could Hope return for Ciara’s baby?

Days Of Our Lives Spoilers – Reuniting In South Africa

DOOL spoilers reveal that Ciara was presumed dead after the car explosion. It would be a year before Ben Weston (Robert Scott Wilson) finally found and saved Ciara. Then, Ciara had amnesia and three years of memories were locked away. Ciara ended up going with Theo Carver (Cameron Johnson) to South Africa. At that time, Ciara made plans to meet her mother there.

It took a long time, but Ciara finally remembered her love for Ben and is now living in Salem.

Not only did Hope not return for Ciara’s failed wedding to Theo, but hasn’t come back to check on her daughter. Ciara had an impromptu second wedding to Ben, so there might not have been time for Hope to jump on a plan. However, once Ciara decided to stay in Salem, one would think Hope would follow. After all, Hope doesn’t have much family left and Ciara was believed to be dead for a year. If anything would bring a mother back to her child, certainly that would be enough reason.

Days of Our Lives spoilers reveal that Ciara is now pregnant. Ben and Ciara’s loved ones are just finding out the news. However, grandma is usually one of the first people to be told. There is no indication that Ciara has even reached out to her mother, especially now that the baby is in danger.

When Ben and Ciara’s baby is born, Hope needs to be there. If Hope doesn’t want to stay in Salem, that’s fine. However, Hope will at least want to meet her new grandbaby and be there to support Ciara. After all, Ciara will be a first-time mom and will need all the support she can get. Plus, once everyone finds out that Marlena Evans (Deidre Hall) has been possessed by the devil and is after baby “CIN,” wouldn’t that push Hope to return?

Even though Kristian Alfonso is a fan-favorite, the actress has stated she would never return. Sometimes people change their minds, though. If the soap really can’t get Alfonso back, then a recast is in order. Recasts can be tricky as it’s never known how fans will react. However, Hope is really important to Ben and Ciara’s story. Who do you think would be the perfect actress to play the new Hope Brady?