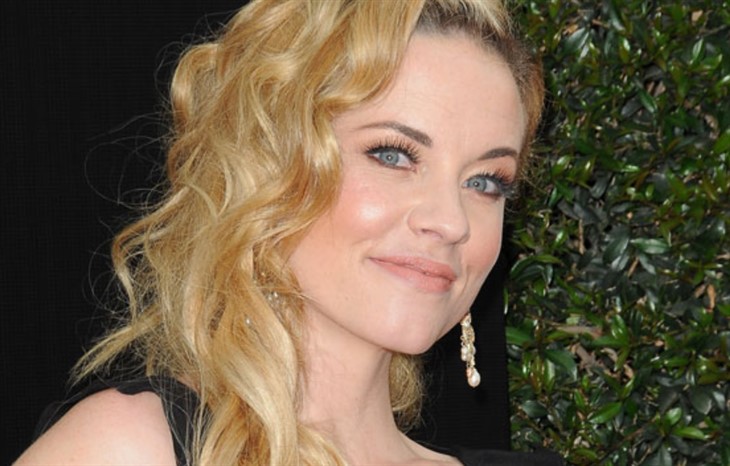 Days of Our Lives spoilers reveal that Molly Burnett (Melanie Jonas) has been keeping busy since leaving the NBC soap. The actress has exciting news to share, which is her landing a starring role in a new movie. Keep reading to find out about the movie and what else Burnett has been doing since leaving DOOL.

DOOL spoilers reveal that fans still follow Burnett after all these years. So, fans should be excited to learn about Burnett’s new movie. However, the actress won’t just be a supporting cast member but actually headlines this new project!

DOOL Spoilers – About ‘New Me’

The movie is called “New Me” and is currently filming. According to IMDB, the synopsis teases that Burnett plays Rhianna, a young mother who is desperate to figure out why she can’t emotionally connect with her husband and baby. Rhianna returns to her roots and relives past traumas that her memory had previously blocked. It allows her to become the lover, mother and artist she’s always desired to be, but it comes at a terribly haunting price.

“A young mother, desperate to understand why she struggles to emotionally connect with her baby and husband, returns to her roots where reliving past traumas her memory has blocked allows her to become the artist, mother and lover she’s always wanted to be. BUT at a terribly haunting price.

Burnett has been keeping quite busy since her exit from the NBC soap. Since Melanie left Salem, Burnett has appeared in Hacked, CSI: Cyber, The Wedding Party as well as Mommy, I Didn’t Do It. Burnett is also credited in Shattered, Pup Star: Better 2Gether, Relationship Status, The Lover in the Attack: A True Story, Shannon K: Give Me Your Hand, Guy, Queen of the South and Blackout.

Prior to her DOOL gig, Burnett appeared in Longmire, True Blood, Addicts Anonymous, Major Crimes, Cameras, CSI: NY, Venice the Series and Grey’s Anatomy. Soap fans may recall that Burnett also filled in for Kirsten Storms at General Hospital. Burnett temporarily took over Storms’ role as Maxie Jones from 2016 to 2018.

Do you miss seeing Melanie Jones in Salem? Have you been following Molly Burnett since her exit and checked out her other projects? The new movie certainly does sound intriguing! We will keep you posted with new developments and updates as the information becomes available.