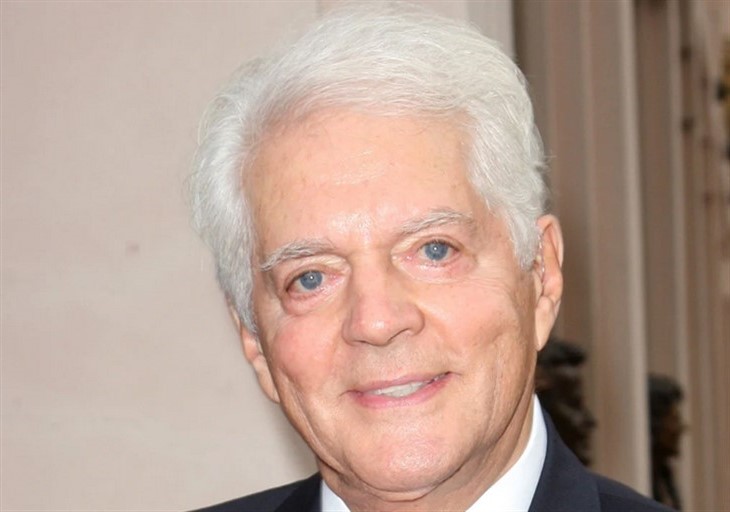 Days of Our Lives (DOOL) spoilers reveal that fans wanted to see more of Doug Williams (Bill Hayes). Now Doug is the center of a major story, but viewers are divided on how they feel about that. Some love it while others are not thrilled with Doug being part of a demonic story. In any case, Bill is absolutely loving it. His on-screen and real-life wife explains how Bill feels about it.

DOOL spoilers reveal that viewers have been asking the NBC soap to stop forgetting about the veteran characters. For quite some time, all the focus was on newer and younger characters while the legends were ignored. Well, we now have Doug, Julie Williams (Susan Seaforth-Hayes), Marlena Evans (Deidre Hall) and John Black (Drake Hogestyn) part of a major story.

Even though it initially seemed as if Doug was going to have dementia, the soap actually threw a curveball. It was completely unexpected that Doug would turn out to be possessed by the devil. The goal was to eventually have Marlena be repossessed. Since she was exorcised 27 years ago, it means that Marlena has to “invite” the devil back inside. The only way to do that was to force her hand, which the devil did by tormenting Doug.

Viewers are divided on the repossession storyline with some loving it while others refuse to watch. In addition, there are different opinions on how fans feel about Doug being possessed rather than having dementia.

Days Of Our Lives Spoilers – Susan Seaforth-Hayes On ‘Demon Doug’

Days of Our Lives spoilers reveal that as an actor, Bill is loving this new twist. Part of it is due to his age. Bill is 96 years old, so suddenly having a meaty storyline where he can stretch his acting chops means a lot to him. Plus, older characters often just get nostalgia-type storylines. So to be part of something of the past and present is really exciting to Bill, Susan shared with Soap Opera Digest.

Susan explained to the magazine,

“It’s given Bill some interesting stuff to play and he has enjoyed that a lot. At 96, he’s doing a lot and loving doing it. And he’s really cute too! Speaking as a legacy character — I’m the oldest legacy character still standing — it’s pleasant to have story that is not based on, ‘Remember when?’ or ‘You were very useful and interesting then and now we can look back.’”

“Instead of being taken back, we’re going forward with a story, which is delightful. I appreciate the nostalgia we represent, but it’s nice to be representing more than nostalgia to be involved in the here and now and hopefully, the future, as well.”