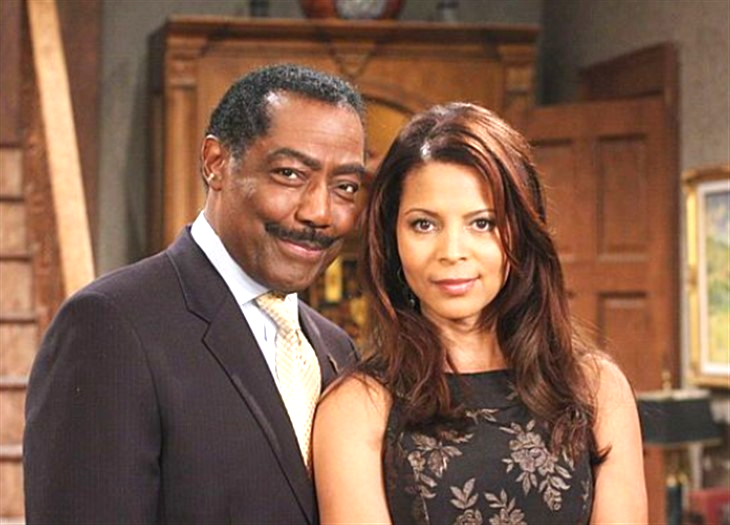 Days of Our Lives spoilers reveal that Kayla Johnson (Mary Beth Evans) tries to save Abe Carver (James Reynolds). The mayor flatlines and will walk into the light to reunite with his late wife, Lexie Carver (recast details not released yet). Abe is given a choice – stay in Heaven with Lexie or return to Earth as the devil takes over Salem.

DOOL spoilers reveal that Abe first appeared in the NBC soap 40 years ago. That is a long time and Abe has always been an incredible character to watch. Even though he is one of the good guys, that doesn’t mean his life has been easy. Abe has gone through many challenges, including when JJ Deveraux (Casey Moss) accidentally shot Theo Carver (Cameron Johnson). JJ was going to commit suicide on Christmas and despite Abe’s rage, he gave his forgiveness to JJ, which ultimately saved the police officer’s life.

There was also Abe’s own complicated history as he worked for the Salem police department, Theo being diagnosed with autism and learning that Lexie’s real father was Stefano DiMera (Joseph Mascolo). Then, there was Lexie’s death (formerly played by Renee Jones), learning Lani Price Grant (Sal Stowers) was his daughter and now he’s going to find out that he’s not her dad after all!

In Friday’s episode, Kayla and the surgical team tried to save Abe’s life. However, he flatlined while on the operating table. Kayla tries to save him and bring the mayor back to life. This is one of those rare soap moments where viewers will get to see Abe’s view of the situation. When Abe’s heart stops, he will see a bright light and walk through it.

Days Of Our Lives Spoilers – Reuniting With Lexie Carver

Days of Our Lives spoilers reveal that when Abe goes through the light, he sees Lexie. Abe is happy to be reunited with the woman he loved. Lexie – who was recast, but no details have been released about the actress – will give Abe a choice. Abe can stay with Lexie in Heaven or he can go back to Salem. As fans know, the devil is trying to turn the small town into hell on Earth… literally.

When Abe is reunited with Lexie, he finds that he still loves her as intensely as ever. However, it is teased that Abe chooses to return to his mortal life on Earth. Even though Paulina Price (Jackée Harry) is keeping a huge secret from Abe and Lani. However, it sounds like forgiveness is in the cards. Reynolds said of Abe’s future,

“I would love for him to be visited by Lexie more in the future, because she was such a special character, and like Stefano, she continues to have a presence on the show. I would like to see it become more multidimensional as Abe explores his relationship with Paulina and his growing family.”