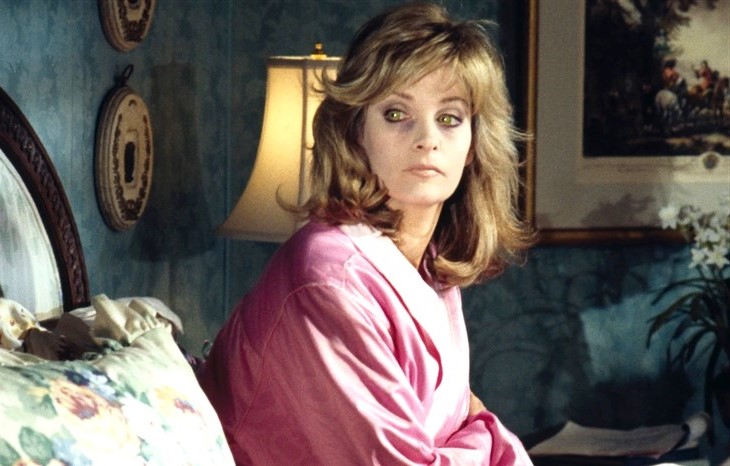 Days Of Our Lives (DOOL) spoilers and updates reveal those who watch the NBC soap are expressing their views regarding Marlena being possessed by Satan for a second time. Close to two-thirds of respondents in a survey indicated they are not in favor of the storyline.

Days Of Our Lives Spoilers – History Should Not Repeat Itself

According to Soap Opera Digest, the second possession of Marlena Evans (Deidra Hall) is not popular. DOOL viewers who responded to a survey were 72% against the devil returning and only 28% were in agreement with the controversial plot. One reason might be that the outcome can easily be predicted.

DOOL Spoilers – Fans Know The End Of The Story

When Marlena was possessed in 1996 a priest named Father Francis (Eric Christmas) was called in. He used Holy Water and prayed to no avail. After a lot of turmoil, John Black (Drake Hogestyn) simply said “Come out in the Name of the Son” and the demon left. Lately, however, John has been saying that his love saved Marlena but that is not what happened. Even so. viewers know that John or some other Salemite will eventually rid Dr. Evans of the evil.

There really is not much in the way of special effects that will surprise or shock DOOL fans because they are used to modern technology. There is also the fact that daytime fans want love in the afternoon and not horror. It’s not clear why the writers chose to repeat history but the fans are not liking it.

Days fans don’t like the fact that Doug Williams is being targeted and they are hoping that Devil Doc does not seriously harm him. The possession is underway and will play out Viewers can only hope the writers will be merciful and end things quicker than they did before.