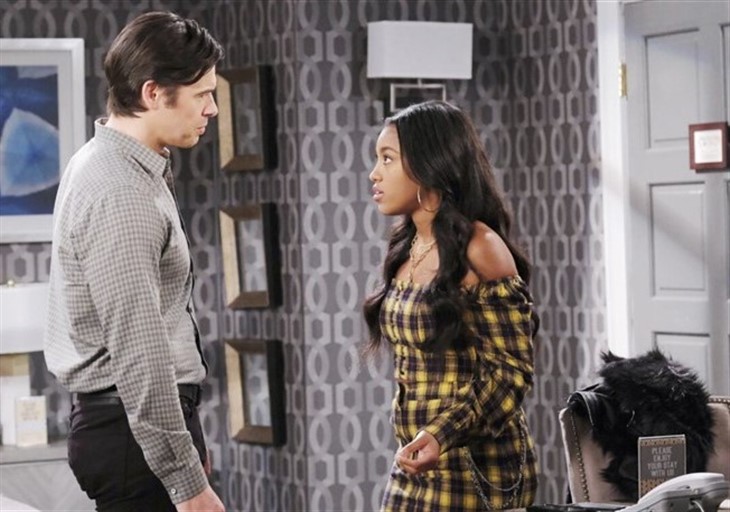 Days of Our Lives (DOOL) spoilers reveal that Xander Kiriakis (Paul Telfer) was originally cast as Xander Cook. He was a cruel and cold-hearted villain with ties to the Kiriakis family but was not accepted. Over time, his love for Sarah Horton (Linsey Godfrey) turned him into a semi-reformed villain. So, what happens now that Sarah is gone?

Days Of Our Lives Spoilers – Full Redemption Never The Plan

DOOL spoilers reveal that soap fans have gotten used to the evilest villains being redeemed. It seems that nobody is excluded from change, including Kristen DiMera (Stacy Haiduk). Even though we did see Xander change into a better person, full redemption was never the plan. Like with humans in real life, nobody is 100 percent good. They are often a complicated, layered mixture of both positive and negative traits.

Through Sarah’s love, Xander was taught how to become human. Basically, he had to learn how to be a decent person. Even though Sarah grew to like — and even love Xander — it was complicated. She enjoyed lurking around Salem with Xander snooping on Ava Vitali (Tamara Braun). However, there were certain lines that were not to be crossed. It took Xander a while, but eventually, he really started becoming a likable character. At least, part of the time.

Days Of Our Lives Spoilers – Another Transformation For Xander Kiriakis

Days of Our Lives spoilers reveal that since Sarah has disappeared, Xander is starting to go downhill. We are going to see him blackmail Chanel Dupree (Precious Way) and Paulina Price (Jackée Harry) for $10 million. So, does this mean that Xander is reverting back to his old ways? Well, yes and no. It gets a bit complicated, so Paul Telfer explained what fans can expect.

In the new issue of Soap Opera Digest, Telfer explains what is in Xander’s future now that he has to face life without Sarah.

“I understand there was this big endeavor to not necessarily redeem him, but take some of the harsher edges off of him, and see him intend to try to change and become a better person. And as much as I enjoyed all of that, it is nice to now to be able to return him back to a more dark version of Xander. It’s not like he’s reverting back to the way he was before with the knowledge that he can try to be a decent, moral person, so it makes the stakes a bit higher.”

It sounds like we are going to see a very complicated man. Expect to see both the dark Xander, as well as one that is capable of having empathy and remorse. That should be very interesting, especially now that he’s entwined with con artist Chanel.