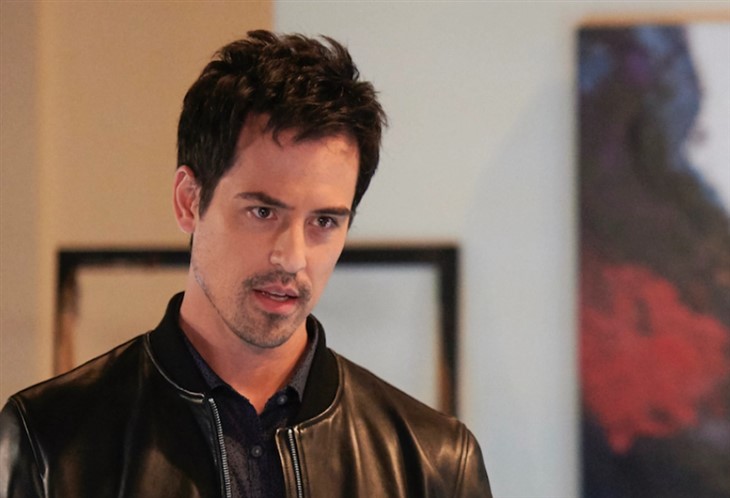 General Hospital (GH) Spoilers and rumors suggest that perhaps Nikolas Cassadine (Marcus Coloma) may still be playing both sides of the fence when it comes to Ava Cassadine (Maura West). Could Nik be romancing Ava on one hand and terrorizing her with the other?

General Hospital’s Nikolas Cassadine terrorized Ava before revealing that he was alive. Nik tried to drive Ava insane after she chose Valentin Cassadine’s (James Patrick Stuarts) side after she refused to testify against him as Spencer Cassadine (Nicholas Bechtel) asked her to.

Ava was too engrossed in her own looks than she was Spencer’s future. Spencer had relied on Ava to help him keep the Cassadine fortune from Valentin, however, she bailed on him and Valentin got control. Later, Valentin lost the fortune again despite everything that has gone down. Helena Cassadine’s (Constance Towers) codicil changed everything about Mikkos Cassadine’s (John Colicos) will. Ava also used the codicil to force Nik into marriage.

General Hospital’s Ava was determined to make Nik pay for the torture he put her through. Ava made sure to get her hands on the codicil and forced Nik into marriage. However, Nik claims to have fallen for Ava, the woman he claimed to hate.

Unfortunately, Nik has proven on GH that he cannot be trusted and could certainly be harassing Ava while claiming to love her. After all, Nik had chosen to enlist his son into helping terrorize Ava as well. Not that Spencer needed any encouragement to go after Ava, but Nik should not involve him in this chaos.

General Hospital’s Nik has proven how underhanded he can be. Nik allowed his son to believe he was dead for three years so he could come back and take everything away from Valentin. Nik doesn’t care about anyone other than himself. Nik wanted money and nothing else.

How can anyone know that Nik isn’t still working against Ava to drive her crazy? General Hospital spoilers and rumors hint Nik could pay someone to send the roach and letter to Ava and make it look like Ryan Chamberlain (Jon Lindstrom) is harassing Ava. Nik has no idea that Ryan is faking his illness and would be eager to set him up. Nik has also revealed a connection to Ryan’s guard whom he paid off for Ava to be alone with Ryan. Could this be the first of many clues?

General Hospital’s Nik is not above terrorizing his wife. Could Nik be giving Ava a false sense of security while continuing to harass her with evil gifts and notes?