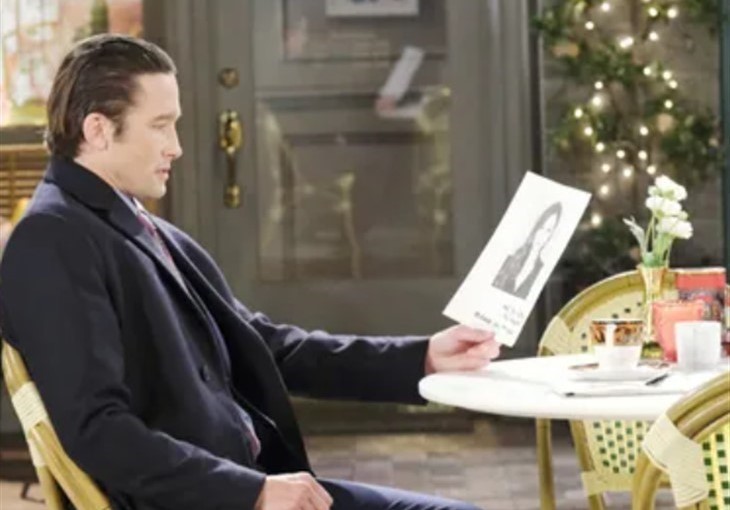 Days of Our Lives (DOOL) spoilers tease that in Salem Philip Kiriakis’ (Jay Kenneth Johnson) entanglement with the mob will turn dangerous in an upcoming episode of Days of Our Lives! As a shot rings out, Brady Black (Eric Martsolf) will be in the wrong place at the wrong time!

Days Of Our Lives Spoilers – Philip Kiriakis Is In Danger

Days of Our Lives viewers will remember that Philip has been laundering money for the mob through Titan. Xander Kiriakis (Paul Telfer) had become aware of the problem and he and Sarah Horton (Linsey Godfrey) had run a sting on Philip, to try and find out whom he was working with and where the money was going. They had found out that he was working with Ava Vitali (Tamara Braun). Sarah was eventually able to download proof from Philip’s laptop onto a flash drive. ‘

Xander then went in and dissolved the shell company that Philip had set up to launder the money. Xander had confronted Philip about the shell company and the money laundering and told him that he had dissolved the shell company. However, that only made more problems for Philip, ones that Xander had not realized. Philip told Xander that now that the money stream was cut off, Angelo Vitali (Angelo Tiffe) or one of his associates would be coming after him to kill him! Philip had then told his old friend and romantic interest Chloe Lane (Nadia Bjorlin) that he had gotten into trouble with his gambling, and had borrowed money from the mob to pay off his gambling debt. Philip also confided in Chloe that his life was in danger because the money stream to Angelo was down, thanks to Xander!

Brady was also in on the problem, but he was more interested in protecting Chloe than protecting Philip! Brady and Chloe got into quite an argument over Brady’s trying to protect Chloe, who had invited Philip to stay in her suite at the Salem Inn to protect him. Chloe told him that they were no longer married and it was none of Brady’s business! He had earlier warned Philip to stay away from Chloe, too! Xander and Sarah had previously tried to get police protection for Philip and had called Rafe Hernandez (Galen Gering) for help.

However, Rafe couldn’t do anything without a legitimate reason, and they would be in trouble as well as Philip if they told him the truth – although they would have all been safer in jail at the Salem Police Department than out in the open! Brady will feel the need to keep a protective eye on Chloe while she is keeping a protective eye on Philip, and this will be when he gets shot! Angelo or whichever henchman he assigns to kill Philip will know who Philip is, and what he looks like, and he is not going to mistake Brady for Philip.

More than likely, Brady will be shot by either spotting the gunman and trying to push Chloe, or possibly both Chloe and Philip out of the way, or he may jump in front of the bullet. Days of Our Lives viewers will remember Stefan O. DiMera (Brandon Barash) did the same thing to save his mother from Lani Price Grant’s (Sal Stowers) bullet, and that moment of heroism cost him his life, although it saved Julie Williams’ (Susan Seaforth Hayes) life by virtue of her receiving his heart. Brady’s life will hang in the balance, so it sounds like he will be very seriously injured!