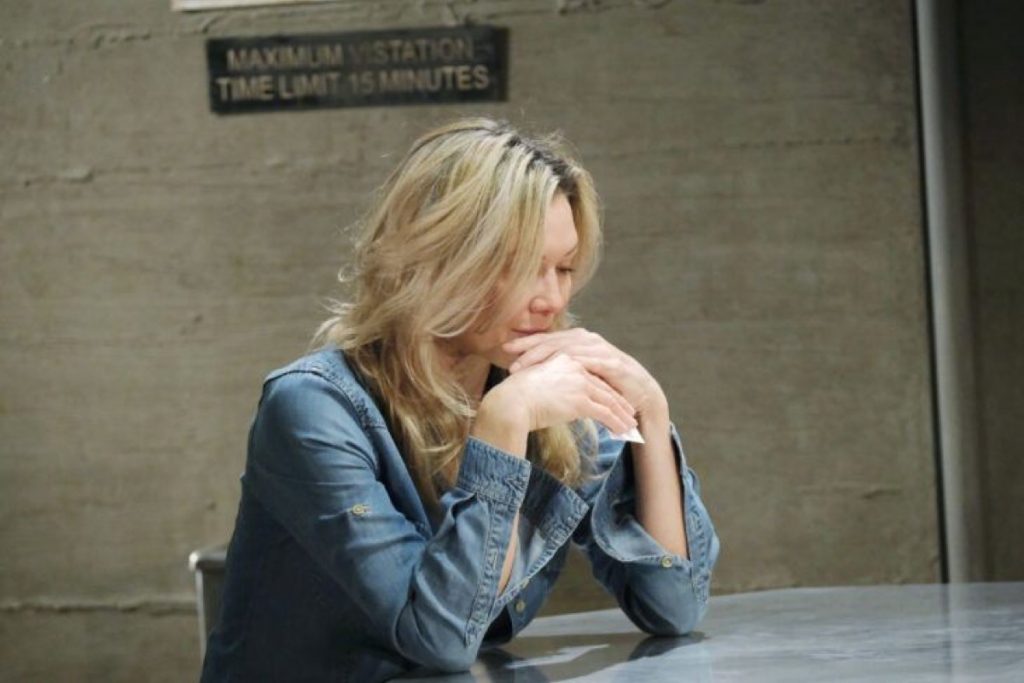 Days of Our Lives (DOOL) spoilers reveal that Kristen DiMera (Stacey Haiduk) holds Tony DiMera (Thaao Penghlis) hostage in order to get out of prison. She has heard what’s happened to her beloved and puts the blame on Chloe Lane (Nadia Bjorlin). In fact, she has a very specific plan to confront Chloe and shoot her. Can she be stopped before it’s too late?

DOOL spoilers reveal that Kristen is a desperate woman who will take extreme measures to “save” Brady Black (Eric Martsolf). Tony goes to visit his sister in prison and she uses the opportunity to take him as a hostage. Even though it’s possible that Tony might be in on the plan, we don’t think that’s the case. We believe that Tony is taken by surprise when Kristen uses him as leverage to get out of prison.

It is not stated if Kristen escapes or not, but it is teased that she might actually succeed. This is because TV Guide has revealed that she goes after one person in particular and her loved ones try to save her later in the week.

Days of Our Lives spoilers reveal that Chloe is in grave danger. She hid Philip Kiriakis (Jay Kenneth Johnson) from the mob and kissed another woman’s boyfriend. However, these are nothing compared to Kristen finding out that Chloe is the person who told Brady about Philip’s deal with the mob. She begged him to help Philip. In Kristen’s mind, if she hadn’t done that, then Brady wouldn’t be battling for his life. Kristen’s mission is to go after Chloe and shoot her, but will she actually succeed?

Later in the week, Tony and Chad DiMera (Billy Flynn) decide that they need to help Kristen. If she goes through with her plan, she will never see her daughter again. They know that she isn’t thinking logically and her wild emotions are having her act on impulse. However, will they be able to stop Chloe from being murdered, as well as keep Kristen from serving a life sentence or getting the death penalty?

We think they will be able to talk Kristen down. What Kristen needs to be reminded of is her daughter. If she kills Chloe, Brady will never forgive her. But what will be worse is that all the fighting to get back their baby will be for nothing because her five-year sentence will be stretched into 20 to life. We will have to keep watching the NBC soap opera to see what Tony and Chad decide to do about Kristen and her desperate plan for Chloe.