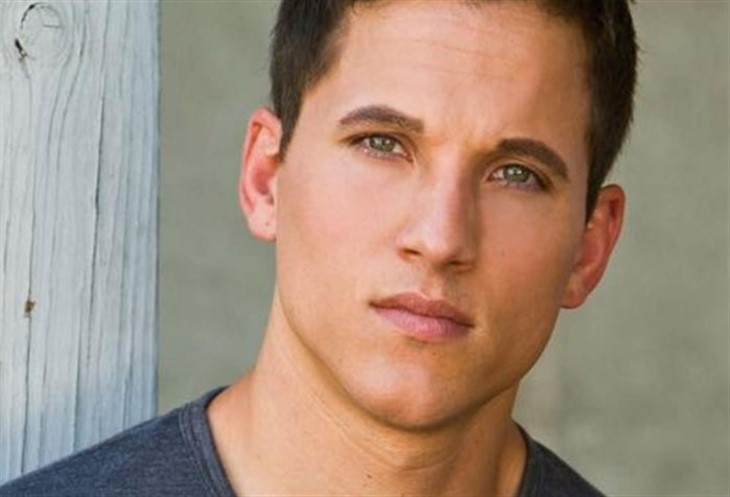 Days of Our Lives spoilers (DOOL) reveal that actor Mike Manning (Charlie Dale) is in a new Civil Rights era movie titled “Son of the South.” Last August, it premiered at the American Black Film Festival, per Deadline. The newest information confirms it has a release date of February 5, 2021. Keep reading for more details.

Days Of Our Lives Spoilers – About ‘Son Of The South’

DOOL spoilers reveal that “Son of the South” is based on Bob Zellner’s autobiography, “The Wrong Side of Murder Creek: A White Southerner in the Freedom Movement.” It centers on Bob Zellner (Lucas Till), who is an Alabama native and the grandson of a Ku Klux Klan member. Zellner is pulled into the civil rights movement. David Brown, CEO of Clear Horizons told Deadline,

“We are excited to expand Clear Horizon at such a momentous time for the industry and society in general. This film will reach audiences who are looking for common ground in today’s world, and we couldn’t be more excited to work with the producers to launch this film in the US.”

Manning posted on Twitter about the movie and said that he’s proud of it. He plays the role of Townsend Ellis. The actor wrote, “I think #MLKDay is a good day to tell you ‘Son of The South’ will be out Feb. 5th. I hope it strengthens the dialogue our country is currently having about the fight for equality on all fronts. Exec produced by Oscar-winner Spike Lee. Proud of this one.”

I think #MLKDay is a good day to tell you “Son of The South” will be out Feb. 5th. I hope it strengthens the dialogue our country is currently having about the fight for equality on all fronts. Exec produced by Oscar-winner Spike Lee. Proud of this one. 🙏🏼 @son_movie pic.twitter.com/7Vsih0DfBi

Days Of Our Lives Spoilers  – Casting For Civil Rights Movie

In addition to Son of the South and DOOL, Manning has been in Hidden Springs, Slapface, The Bay, The Call, the Haves and the Have Nots, yA, Six Degrees of Separation, Killer Date, 1000 Miles Away, Ice: The Movie, Jinn, Teen Wolf, Limelight, Major Crimes, Youthful Daze, Case #13, Channing, Hawaii Five-0, Campsite Killer, Operation Cupcake, eCupid and many more.

His most recent projects, which aren’t released yet, include Four Hour Layover in Juarez, Hidden Springs, Maria De Luna, Night in the Garden of Eve, You Can Call Me Eve, Into the Klondike and Bonds of Redemption.

What do you think of Charlie Dale’s character on DOOL? Are you looking forward to seeing him in the project, Son of the South?