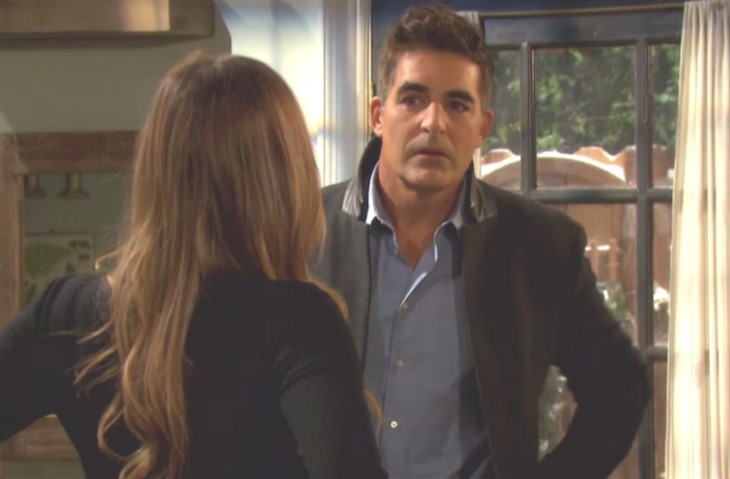 Days of Our Lives (DOOL) spoilers reveal that in a few weeks, there will be mob mayhem in Salem. There’s no word on what brings them to town. However, we know a crime will be committed, which means Rafe Hernandez (Galen Gering) will have another crime to solve. Due to Ava Vitali’s (Tamara Braun) history with the mob, she could become the prime suspect.

DOOL spoilers reveal that Rafe and Ava currently having a blossoming romance. They really seem to like each other and things are going really well. At one point, Steve “Patch” Johnson (Stephen Nichols) warned Rafe about the things Ava has done. Ava admitted that she did do those things, apologized, and said she was trying to change her ways. Then, Rafe stood up for her. However, no relationship in soaps can continue without some conflict or drama.

It is teased that in two weeks, there will be mob mayhem in Salem. We don’t know exactly what kind of chaos is coming up. However, the mob arrives at the same time as a body is found in the lake. So, it’s only natural that the police would assume that the two are connected.

Days of Our Lives spoilers reveal that Rafe and Eli Grant (Lamon Archey) will have another murder investigation on their hands. We are pretty sure that Dr. Snyder (Michael Lowry) is going to be the murder victim. However, who is responsible for killing him? Fans might assume it’s Xander Kiriakis (Paul Telfer) since he threatens the doctor. However, the police won’t know about that, so Xander won’t be a suspect right away. Who might be a suspect is someone that Rafe is very close to, though.

Ava has a history with the mob and grew up with it. In fact, until recently, she was still working for the family business. So, when the mob shows up in Salem and a resident ends up dead, Ava will likely be questioned. Not everyone believes that she’s as changed as she claims. Plus, would it really be that easy to cut her lifelong connection to the mob? Sounds like it was too easy to do for someone who’s been involved in the mob her whole life.

Who do you think commits murder and does the body in the lake belong to Dr. Snyder? Is Ava responsible for the mob coming to Salem or is she just a convenient scapegoat? If Ava is innocent, then why is the mob in Salem? We will have to keep watching the NBC soap to find out what happens next.

The Bold And The Beautiful (B&B) Spoilers Next 2 Weeks: Secrets Revealed, Apologies and Confrontations