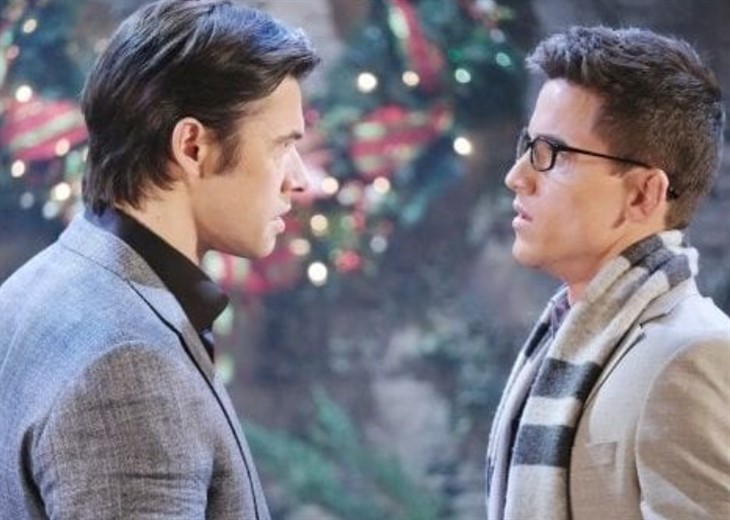 Days of Our Lives (DOOL) spoilers reveal that in Salem Charlie Dale (Mike C. Manning) is out on bail and that means he is a threat to everyone in Salem. The people we are most concerned about though are Allie Horton (Lindsay Arnold), Claire Brady (Isabel Durant), and Tripp Dalton (Lucas Adams). Charlie bonds with someone unexpected while new evidence is discovered.

Days Of Our Lives Spoilers – Charlie Dale Out On Bail

DOOL spoilers reveal that Charlie is out on bail, which means everyone is in jeopardy. Not only did he rape Allie and let Tripp take the fall, but he kidnapped and drugged his own mother to keep his secret from getting out. He is unpredictable and dangerous. He is also desperate, which makes him even more of a threat.

According to TV Guide, Charlie will bond with someone unexpected. It doesn’t state who that person is. While Tripp tries to trick Charlie into confessing with promises he’ll be there for him this week, next week it will be different. We are thinking that it might be Steve “Patch” Johnson (Stephen Nichols). Don’t get us wrong, Steve will hate Charlie and what he has done to both Tripp and Allie. But he is also a talented interrogator and knows how to get what he wants from people.

Days of Our Lives spoilers reveal that Tripp and Charlie do have a confrontation. Naturally, Tripp will demand that his brother admit that he was the one who raped Allie. That he was the one who was going to let Tripp take the fall for it. That he is the real father of Henry Horton (Jayna and Kinsley Fox). However, it doesn’t go over well and Charlie keeps insisting that he is the victim and Tripp is framing him. Charlie is either starting to believe his own lies or is worried that Tripp is secretly recording him.

Then, Tripp changes tactics. Instead of being angry, he tries to be the “forgiving, supportive big brother.” He tells Charlie that he won’t write him off and won’t abandon him. That he will be there for him and will help him through this, but he has to admit to what he did. However, that doesn’t work either.

After finding out what Tripp did and how wrong it could have gone, Steve might take action. During the week of January 25, he could decide to approach Charlie and see if he can get him to confess. He was able to reach Allie and has reached a lot of villains in the past. He is very good at it, but will he really be able to fake a “bond” with Charlie? It appears that he is unsuccessful because once again, Tripp confronts Charlie and begs him to just be honest — with himself as well as everyone else.

However, there is a light at the end of the tunnel. Steve has shocking new evidence that he brings to Shawn Brady (Brandon Beemer). Will it be enough to send Charlie to prison? We will have to keep watching the NBC soap to find out.