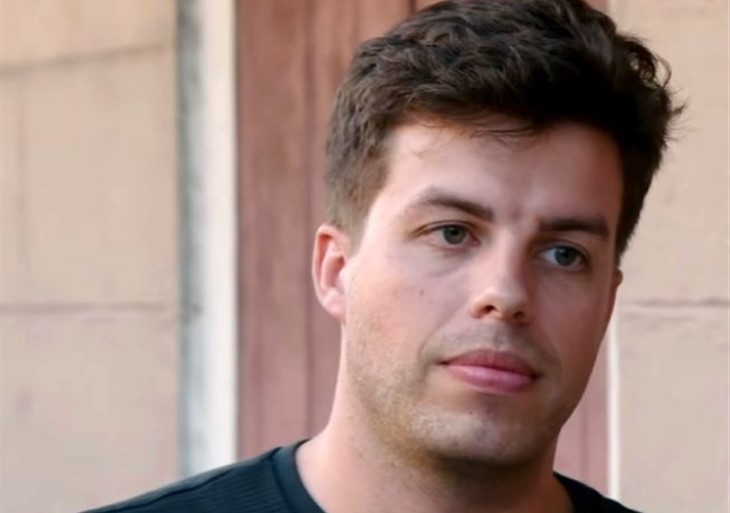 TLC 90 Day Fiancé spoilers reveal that 30-year-old Jovi Dufren from Louisiana hosted a live Confessional Q&A. The “Bayou” boy has promised to treat fans every week with a similar segment ,to get to know him better.

Jovi is known for falling head over heels for Yara Zaya, 25-years-old from Ukraine, when he found her on a travel app. Last we’ve seen of the couple on 90 Day Fiancé, Jovi left for a month to go to work, and Yara was left alone in New Orleans to fetch for herself until his return.

TLC 90 Day Fiancé Season 8 Spoilers reveal that Jovi has an underwater robotics job where he is one month travelling the world, and the next month home in his native New Orleans. When asked the places he has travelled where he wouldn’t go back, “I think I am too open minded to say I wouldn’t go back because anywhere just because I didn’t like it the first time, so I would travel back to every place that I have ever been to.” A lot of people have asked Jovi about Guyana, “I love it there, I love the cultural and the people and hopefully when COVID is over he has more time to explore around.”

Would Jovi ever leave his beloved New Orleans, “Tough question. Am I open to it, maybe. Will I actually move, probably not. Travelling somewhere is a lot easier knowing New Orleans is always home.”

When Jovi was on his first job after bringing Yara to New Orleans, his friend Sara invited Yara out for coffee and let told her that Jovi was on a first named basis with strippers and he is used to drink until he passed out and not remember anything the day after. Since then, Jovi has had a lot of questions about his drinking and when asked if he is an alcoholic, “definitely not, but most people think that from watching the show.” Then he was asked about having kids, and we all know that Yara has already had one miscarriage and Jovi said that he really looks forward to having kids in the future.

90 Day Fiancé cast member, Jovi says, “I’m a nerd so just like seeing it all come together and how the cameras work and all that stuff is great for me.”

What is Jovi’s biggest fear, “Bungee jumping head first. Done it once, and probably never again. Rather sky dive or just about anything else.”

TLC 90 Day Fiancé Season 8 Spoilers reveal that when discussing Jovi and Yara’s present situation, when it comes to their relationship, he is not going to say because of his contractual obligations with TLC. But he did say what attracted him to her, “she had huge, huge beautiful eyes.” When it comes to making money, Jovi admits he does make a lot and probably more than other cast members, but admittedly not enough for people to call Yara a “gold digger” like they have be doing.