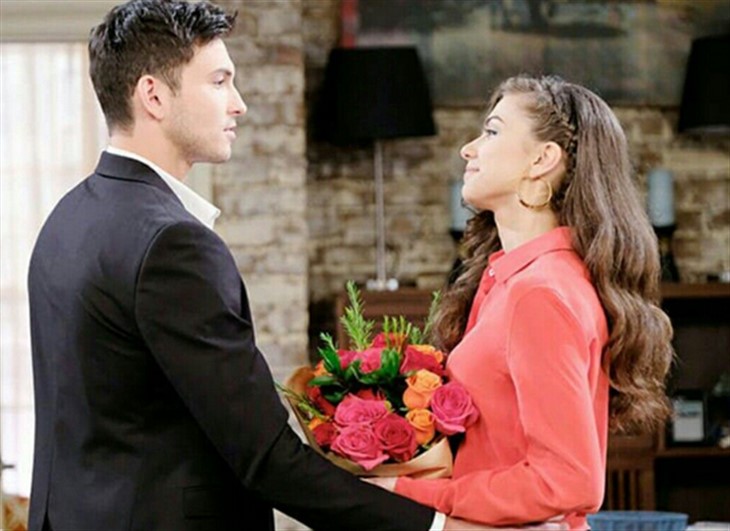 Days of Our Lives (DOOL) spoilers say that for Ben Weston (Robert Scott Wilson) this could all feel like a dream, but it isn’t. After having a vivid dream that he and his wife Ciara Brady (Victoria Konefal) have been reunited and that all is good in the world again, he wakes up to find out that Ciara is actually at his front door step. She’s returned home to Salem after having spent the last several weeks in South Africa. Read on for all of the latest spoilers.

According to the latest edition of Soap Opera Digest, Claire Brady (Isabel Durant) shows up to Ben’s apartment to invite him to the beach with some of their friends, including Tripp Dalton (Lucas Adams) and Allie Horton (Lindsay Arnold). Of course, everything is great until their little excursion to the beach goes bad when they discover a dead body by the lake.

Actor Robert Scott Wilson, who plays Ben Weston on the hit NBC soap, says that his character takes the shocking discovery more in stride than the others. After the cops are summoned and statements are made, Claire drops off Ben at his place – and that’s where he sees Ciara Brady (Victoria Konefal).

Unfortunately, Ciara is not there to renew their relationship. Instead, she’s there to serve him with divorce papers. Ultimately, Ben is going to fight for her, but even he knows that it’s not going to be easy.

Robert Scott Wilson previews, “She’s running away from him, she’s afraid of what they might be. She’s thinking of Ben with all that she knows of him and we need her to get to remember the good!”

DOOL Spoilers – What Will Ciara Brady Do?

While Ben does take the divorce papers, he does tell her that he’s not going to lose her this time around. He also thinks that having Ciara in Salem might work to his advantage, because at least she’s not half way around the world. Watch this space as we have a feeling there is so much more to come!”

Days of Our Lives airs weekdays on the NBC network. Check your local listings for times. Let us know your thoughts on this story in the comments section below. Are you a fan of daytime television? Be sure to catch up on everything happening with Days of Our Lives right now. Come back here often for all the latest Days of Our Lives spoilers, news, and updates.