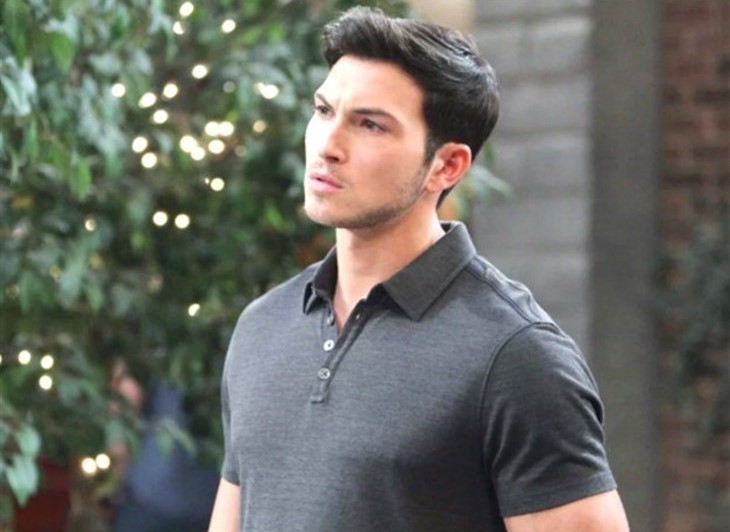 Days of Our Lives spoilers say that in Salem Charlie Dale (Mike Manning) might want to start acting fast because the walls are quickly closing in on him. In fact, things are about to go from bad to worse for him in Salem, especially once Ben Weston (Robert Scott Wilson) springs into action. Read on for all of the latest spoilers.

According to the latest edition of Soap Opera Digest, Charlie will tell a captive Ava Vitali (Tamara Braun) that he’s going to commit her to a mental institution, adding that he’s been drugging her and that she will soon be hallucinating. Afterwards he goes to find Claire Brady (Isabel Durant) and after he discovers that her parents are nowhere around, they decide to make love.

Speaking to the publication in a new interview, actor Mike Manning, who portrays the troublesome Charlie on the hit NBC soap, says that if it weren’t for Claire, Charlie might not be the dangerous man that he has become. He puts it this way, “There is nothing more dangerous than someone with nothing to lose. But Charlie does have something to lose. Charlie has spent his entire life not having love, so Claire is the first person in his mind who has ever truly loved Charlie and he loves her back.”

Days of Our Lives spoilers also say that John Black (Drake Hogestyn) and Steve Johnson (Stephen Nichols) will discover that Ava has another son named Charlie and they immediately alert Marlena Evans (Deidre Hall), who is with Ben. Ben and Marlena waste no time in interrupting Charlie and Claire (while there are in bed, no less) and when Charlie gets home, he finds an even bigger surprise.

Mike adds, “Charlie knew that at some point, the walls would come crashing down and he would be caught. So his plan is to make his mother seem as unreliable as possible before that happens.”

Days of Our Lives airs weekdays on the NBC network. Check your local listings for times. Be sure to catch up on everything happening with the General Hospital news right now. Come back here often for all the latest General Hospital spoilers, news, and updates.