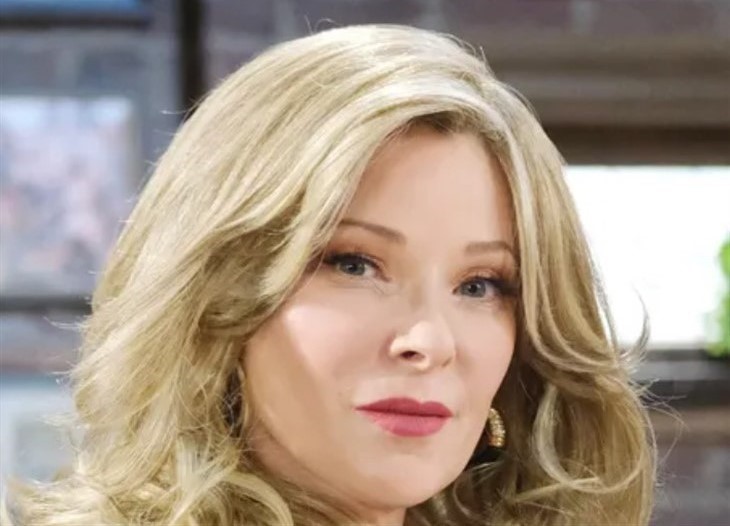 Days of our Lives (DOOL) spoilers reveal that Wednesday was Cady McClain’s last day as Salem’s Jennifer Horton. She took on the role after Jennifer’s Melissa Reeves declined to return to the set when production began after the coronavirus hiatus.

McClain is a two-time Daytime Emmy-winner and fans loved seeing her back in daytime.

Laura’s funeral was held this week and after the service Jennifer left Salem to go to Boston where she and her brother had the task of settle their mother’s estate while going through her belongings and tying up any loose ends that need to be taken care of.

Cady came to DOOL after Melissa Reeves chose to stay home in Nashville, Tennessee during the Covid-19 pandemic.

Will McClain be back? That remains to be seen but the show took her departure as an opportunity to pay homage to her character Dixie Cooney Martin on the ABC soap All My Children.

Head writer Ron Carlivati made reference to Dixie being killed-off after eating poisoned pancakes. The death was controversial as Dixie was a beloved character.

Days Of Our Lives Spoilers – Jennifer Horton Does Not Like Pancakes

Julie thought she liked them, but Jennifer said, “I used to. But I had a bad experience with them once. Now I can’t even look at them.” When Julie asks, “Bad experience?” Jennifer says, “I’d rather not talk about it.”

So, what happens next to Jennifer’s Salem family? Her daughter Abigail Devereaux (Marci Miller) is hellbent on making Gwen pay for Laura’s death. However, Gwen swears Laura fell and hit her head, whereas Abi thinks Gwen is a murderer.