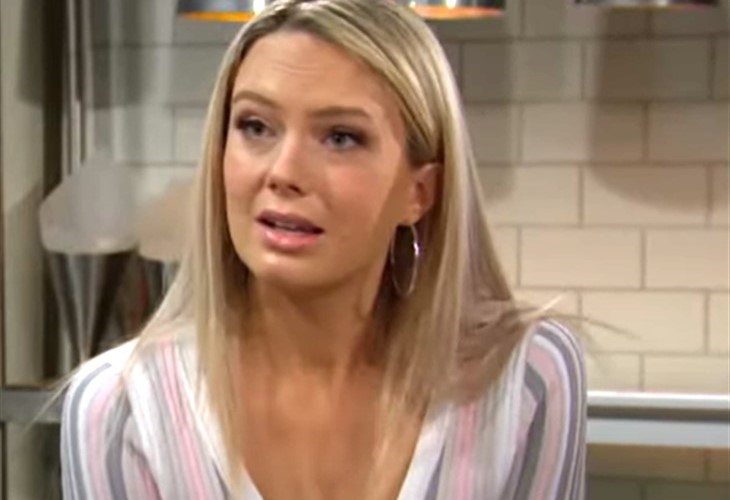 Viewers of The Young and The Restless will recall that while Devon Hamilton (Bryton James) is baby Dominic Chancellor’s (uncast infant) biological father, his father of record, Chance Chancellor (last played by Donny Boaz) has been absent. In fact, he has been missing for the whole nine months of surrogate mother Mariah Copeland’s (Camyrn Grimes) pregnancy and then some! Viewers of The Young and The Restless will remember that some weeks back, shortly before Ben “Stitch” Rayburn (Sean Carrigan) arrived in Genoa City, Abby got her last phone call from Chance. The call became frightening when the line went dead after she heard ominous noises in the background and called Christine Blair (Lauralee Bell) to investigate. Unfortunately, Christine had not been his FBI contact for months by that time but she agreed that the call and the circumstances of the line going dead was concerning. She had promised Abby that she would contact her sources and try to find out what happened.

Viewers of The Young and The Restless will remember that unfortunately Chance was rendered temporarily infertile as a result of medications used when he was shot pushing Adam Newman (Mark Grossman) out of the way of a shooter. Abby and Chance had just barely decided to use a surrogate to carry the baby and a donor to fertilize Abby’s egg when Chance was called back into action on a deep cover mission by the FBI. Viewers of The Young and The Restless will also remember that Chance had wanted to settle down and had obtained a job with the Genoa City Police Department when he was called back into FBI duty because of his specialized skills and experience!

This week on The Young and The Restless, Abby will finally get an answer – but certainly not the answer she’s hoping for. Even though the background noise – which sounded like a scuffle, loud shouting and possibly gunshots – could mean Chance was killed, it may not. Chance may be missing with no trace, but if he has been confirmed dead, one would think that the powers that be at The Young and The Restless would also have Nina Webster, (Tricia Cast) Chance’s mother also in the episode. Nina is a scriptwriter and is currently in California working on a project. There is no mention of her in spoilers. While Ashley is there with her, Abby gets a call from Christine. Christine needs to come over to deliver what she found out about Chance in person.

Viewers of The Young and The Restless know that of course, Abby tries to be positive and gets excited, anticipating some good news. That’s just Abby, as Young and Restless fans know! But deep down, there is a gut feeling that it’s not good news, and perhaps even the worst news possible! Christine comes to the door and as Abby opens it, Christine is somber, and Abby doesn’t want to think what her body language could mean. But the news that Christine delivers may be Abby’s worst nightmare come true because Abby’s whole world shakes and turns upside down! It sounds like the only worse news would be if there was something wrong with the baby!