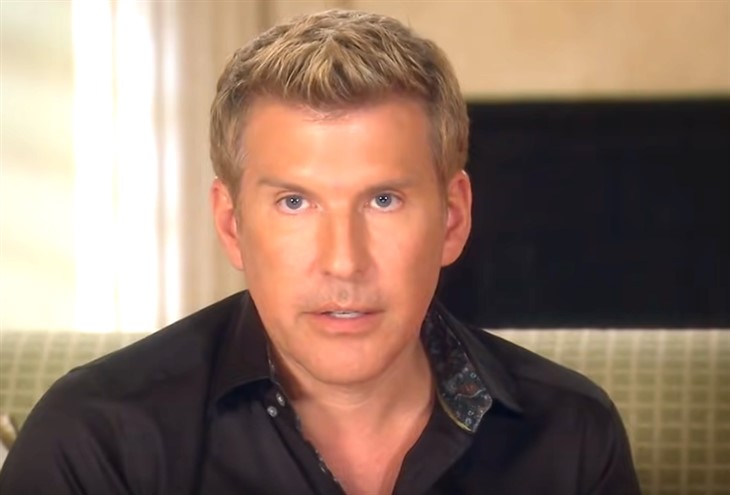 Chrisley Knows Best fans know that Todd seems very quick to slam people who troll on his posts. In fact, a lot of fans love it when he slaps back as he got a good rep for taking them down. Sometimes, fans say they visit his Instagram just to see an epic reaction from the patriarch of the USA Network show. Meanwhile, others believe that trolls slap at Todd, hoping for a brief moment of fame when he slams them. Well, if that’s what one troll hoped for on July 3, they failed in their mission. For once, Todd totally ignored the nasty comment.

The show returns to the screen in summer and as it got a short teaser last week, fans obviously hope for some tea on the premiere date. So right now, fans hang out on Todd’s Instagram hoping for a hint. Of course, a lot of them follow him anyway as he often updates about his family. Additionally, he often shares words of wisdom that help fans get through their own days. Meanwhile, some of them hope for an epic slam dunk of any trolls who come along.

The photo that the Chrisley Knows Best star posted on July 3 revealed Chase sitting somewhere nice. It’s not clear that Savannah is with Chase, but she recently shared a photo of herself wearing a two-piece peach-colored outfit and she talked about a vacation. It came when she shared a promo for her Sassy by Savannah cosmetics line. Actually, as it’s the 4th of July holiday this weekend, Chase is probably with his family, including Julie, Todd, Chloe, and Grayson. Fans thought that photo he shared of Chase might have been taken in either Florida or Boston. 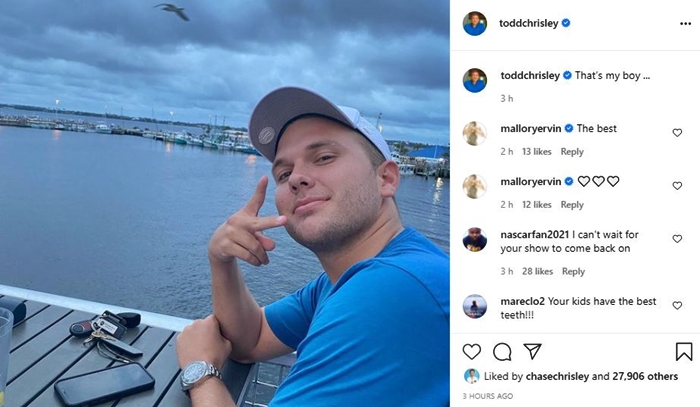 Fans Of Chrisley Knows Best React To The Photo

The photo that Todd shared showed Chase sitting at a table with a view across a harbor. Todd captioned it with, “That’s my boy.” A lot of fans liked the photo as Chase looked clean-shaven and handsome. He wore a cap and a blue tee-shirt and his watch. On the table in front of him, he placed his phone and car keys. Meanwhile, a few lights reflected on the water behind him. Fans agree that Chase looked wholesome and very sweet.

One Chrisley Knows Best fan wrote, “He’s pretty cool! ☀️👑.” Then another fan noted, “Chase is a handsome young man …I love the show❤️.” Meanwhile, some fans thought that Chase looked quite a lot like his half-brother Kyle. However, then a troll came along and probably got the treatment they deserved.

The troll who slapped at Chase on the Chrisley Knows Best patriarch’s Instagram said, “Your boy comes off like a spoiled rich guys son. Would bet never worked a day in his life becomes (sic) the show. Don’t leave him ur money he will loose (sic) it for sure.” Well, not only Todd ignored the troll, but all of Todd’s fans as well.

Remember to check back with us often for more news about Todd and Chase Chrisley from USA Network’s Chrisley Knows Best.