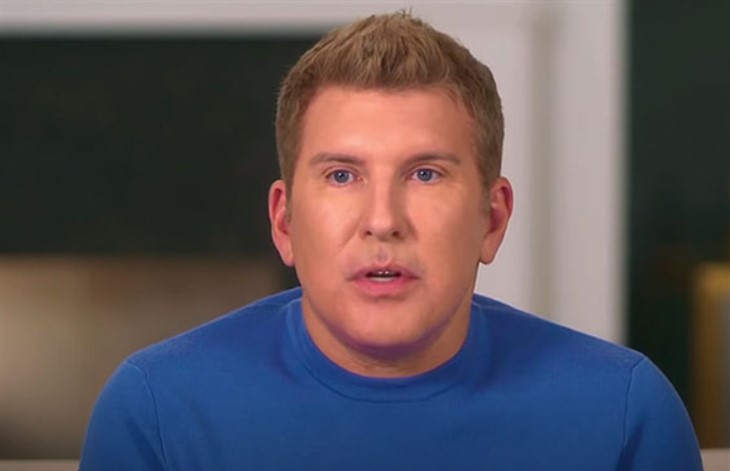 Chrisley Knows Best fans seem so excited about the upcoming season of the show. In fact, they even seem excited when USA Network brings back old episodes. Additionally, they love going onto Todd’s Instagram for more laughs from the funny guy. This weekend, fans gave him some very high praise. Several of them agreed that he’s a good comedian and equated him to George Carlin and other famous people.

Todd Chrisley never denied that parts of his show are carefully edited. So, for a lot of purists, they don’t view it as a reality TV show. However, fans don’t seem to care as it makes everyone laugh. And let’s face it, the last 16 months or so brought little to smile about. So, when fans heard the good news that both of the Chrisley shows return with new seasons this summer, a lot of people seemed delighted.

The new season for Chrisley Knows Best premieres on the USA Network on August 12. In the meantime, fans look for some entertainment on Todd’s Instagram. There, they saw that he recently played a prank on his son Chase. while Chase lazed on a float in the pool, Todd poured a bucket of ice-cold water on his son from an upper floor. Fans love his pranks and Todd even got some notoriety from participating in annual pranks with Luke Bryan. This weekend, Todd shared a meme that got fans laughing and some of them likened him to George Carlin.

On the weekend, the post that Todd shared said, “Someone is holding their breath waiting for you to fail.” Then further down, it said, “Make sure they suffocate.” Then in the caption, Todd wrote, “Bitches be passing out all over …” Fans seemed very amused by it. In fact, one fan spoke about famous comedians like George Carlin and Sam Kinison. They wrote, “😂😂😂😂Hahahaha! I thought George Carlin, Sam Kineson (sic) to name a few were the Best comedians of all time! Now I’m starting to realize it’s Todd !! I don’t remember ever laughing so hard on each and every post and or comment here and on the show!!“

Well, now that is grand praise indeed! Not alone, that Chrisley Knows Best fan had others agreeing with them. One of them noted, “I so agree with your comment. I love watching the show and all his comebacks on whatever subject or person he talks to. Love his sense of humor and of course Mama Faye…xoxo.” Actually, Nanny Faye also gets a lot of love for her humor. So, maybe her son Todd picked up some of it from her over the years.

While you wait for Chrisley Knows Best and Growing Up Chrisley to premiere next month, there is other Chrisley entertainment lined up. On the weekend, USA Network reminded fans to check out their Going For Gold Marathon.

Remember to check back with us often for more news, spoilers, and updates about the cast of Chrisley Knows Best on USA Network.