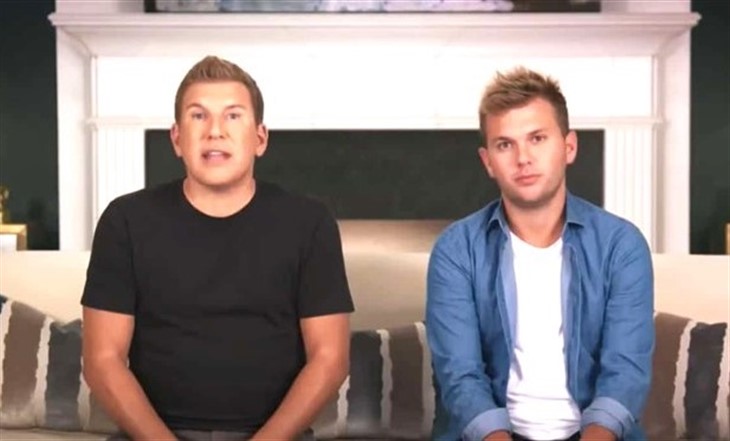 Chrisley Knows Best star Todd often posts nice compliments about his kids on Instagram. Chase, Savannah, Grayson, and Chloe all seem to be the apple of his eye. Actually, these days, even his son Kyle wins kudos from his dad. Of course, Lindsie remains estranged and will probably never be his favorite. However this week, he called Chase “such a baby.” What’s going on?

Chase could easily have grown up as an over-privileged and spoiled brat. However, his dad seems to have taught him the value of hard work. Admittedly, he lives a life that many young men dream of, but he never comes across as arrogant or full of conceit. He lives in a decent place with his friend, but it’s typical of a home that young people share. Actually, during Season 9, fans saw that Grayson starts growing up and he takes Chase into his confidence. He complained to Chase about having to do a summer job. But as Chase said, all of the kids went through that experience as young teens.

Chrisley Knows Best fans love the dynamic between Chase, Savannah, and his dad. The USA Network show brings a lot of laughs and shenanigans involving Chase. Often, he and his grandma, Nanny Faye get up to mischief together. Then, he and his dad play pranks on each other. Mostly, they laugh and joke on the show. Now, Todd said that he’s just a “baby,” he probably plots some sort of revenge. Often, it seems slow in coming, but when it does, it’s usually epic.

Chrisley Knows Best – Chase Is ‘Such A Baby’

This weekend, Todd took to his Instagram and shared a photo of Chase and Nanny Faye. It looked like they went somewhere in a plane, and Nanny Faye sat back covered by a blanket. Across her lap. looking like a giant baby, sat Chase. In his caption, Todd said, “This is why he @chasechrisley is such a baby still because of @nannyfayechrisley.” Well, anything to do with Todd’s mom gets a lot of comments from USA Network fans. After all, she’s one of the most popular characters on the show. 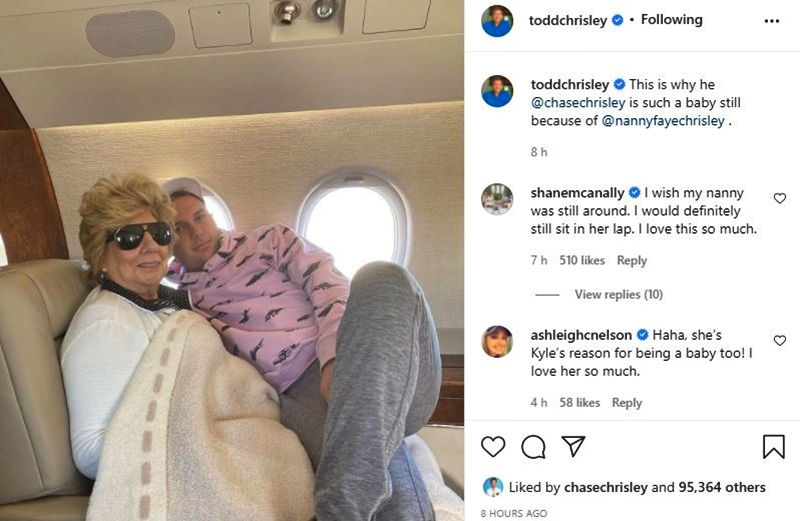 Shane Mcanally commented on the Christley Knows Best star’s post enviously. He said, “I wish my nanny was still around. I would definitely still sit in her lap. I love this so much.” Meanwhile, another fan wrote, “Nanny is so cool ❤️😎. I’m my grandma’s baby too and I’m 29 so I can’t blame Chase lol.” If Todd hoped that fans would bash Chase, he failed. One of them wrote, “That’s what Grandma’s are for 🥰❤️ So sweet!” Meanwhile, a lot of them said they love Nanny Faye with Chase the best.

A Chrisley Knows Best fan put it in a nutshell from the perspective of viewers. They wrote, “I LOVE THEIR RELATIONSHIP!!!!! ❤️❤️❤️. Future grama goals. I hope Im as good and fun grama like she is to your babies. ❤️❤️❤️.”