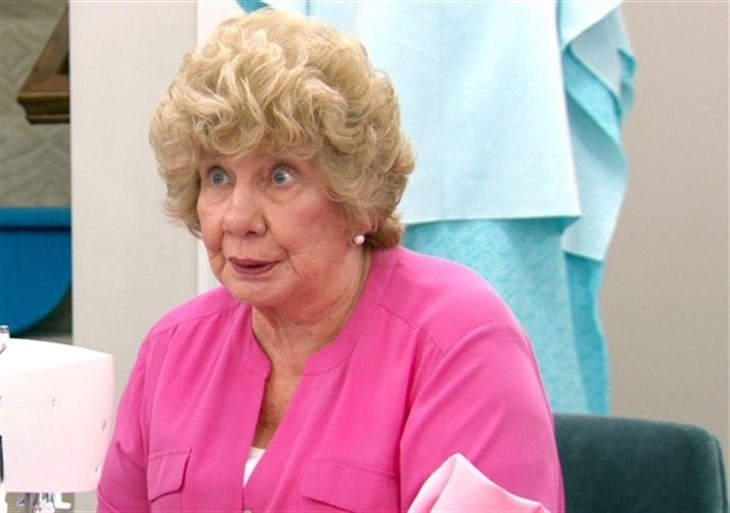 Chrisley Knows Best star Grayson Chrisley is growing up a lot, and these days he’s privy to the conversations that Nanny Faye has with her son, Todd. Well, it takes a lot to shock teenagers these days. So, it must have been rather extreme when something she said at Christmas that appalled him. Of course, the whole teaser made USA Network fans laugh a lot, as it involved the funniest grandma on television right now.

The new season on the USA Network surprised fans seemed astonished at much he grew up. Just a short while ago, he wore braces, had a shy smile, and spent a lot of time with his friends playing baseball. These days, fans see a more self-assured young man. He ditched the braces, banters with his brother Chase, and holds down a summer job. Plus, he finally started driving a truck. However, as he tends to hang with the adults a bit more, sometimes, grandma Nanny Faye makes his ears burn.

Chrisley Knows Best fans saw that Grayson Chrisley quickly learns that it doesn’t help to backchat his grandma. She’s just likely to give it straight back and usually wins out the day. In one episode this season, fans saw that he tried correcting Nanny Faye about animal families in nature. Well, for his efforts, she just called him a “smart *ss.” Mind you, she would just as quickly say something like that to her son Todd, as well. It seems that nobody’s safe from her wise-cracking sense of humor.

At Christmas, Nanny Faye decided that she would choose her own decorations. Well, Todd seemed a bit shattered by her choices. She deliberately used things that reminded her of bygone days. When he saw her decorated deer head, he couldn’t believe it! Anyway, she told him that she “bought it at a yard sale.” Plus, she named it “Rick.” To his astonishment, she elaborated saying that it “reminded her” of a man she “met in Biloxi,” adding, “he was a 10 point buck if you know what I mean.” 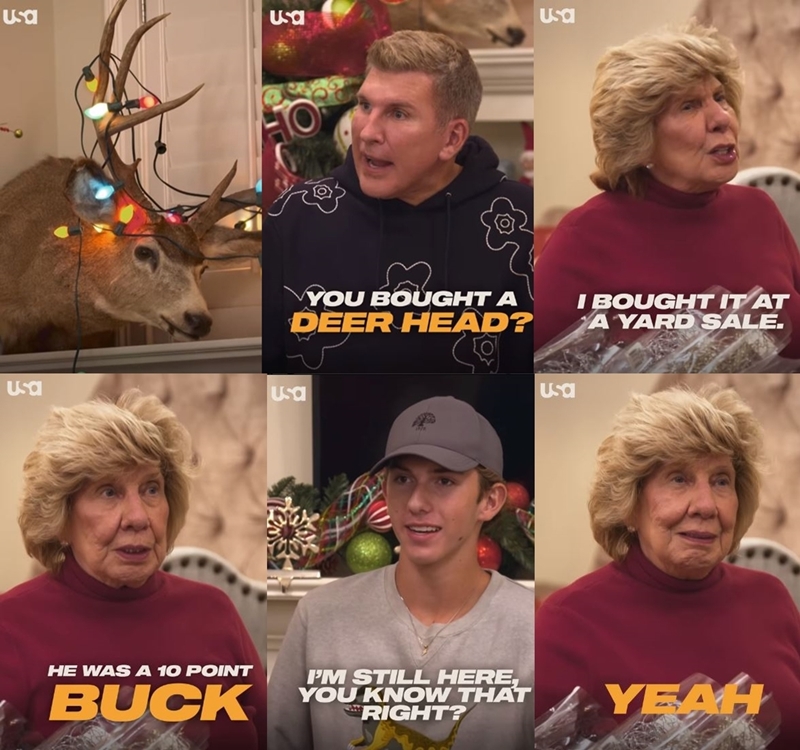 Well, Chrisley Knows Best star Grayson Chrisley knew exactly what Nanny Faye meant. Looking appalled, he said to her, “I’m still here, you know that right?” Well, yes she knew that, and casually flicked him off with a “yeah.” Naturally, fans thought that the scene was simply hilarious, so plenty of comments rolled in. They weren’t as appalled as Grayson, and one fan noted, “Nanny Faye hell, she so blunt and honest I like her😂🤣🤣.”

Chrisley Knows Best fans really love Nanny Faye, and almost nobody felt embarrassed on behalf of Grayson. One fan wrote, “Nanny gives zero f’s you hear me😂🤣😂🤣😂🤣 I love her❤️.” Then another fan wrote, “OMG. I’m snorting laughing! She’s the best.” More comments rolled in and one read, “Nanny Faye is definitely what the show is about 😂😂😂.” Here’s another appreciative comment from a fan: “you’re the absolute best there is 😂😂😂😂… I love me some Nanny Faye ❤️❤️… 10 point Rick, gone now Nanny 😂😂.”