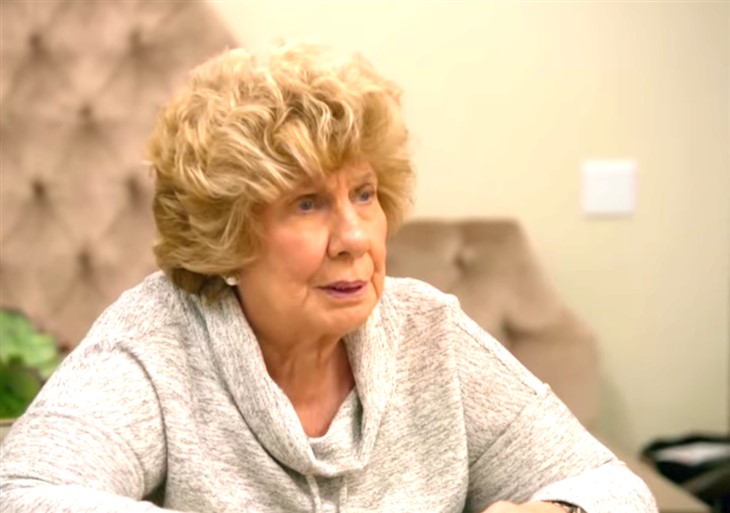 Chrisley Knows Best airs on the USA Network and Nanny Faye steals the show with her amusing ways. It might be Todd Chrisley’s show, but her humor and antics are golden, fans agree. In Season 9, fans see a lot about her Plus, Grayson features a bit more as he’s now a young adult. Typical of his age, Nanny Faye thinks that he thinks he knows everything. So, she called him a “smart *ss.”

Universally loved in the show, Nanny Faye, Todd’s mom, keeps plenty of fans happy. Over the seasons, they saw her feud with a kid for a sales corner. Plus, she impersonated a fortune teller at a retirement home. Fans saw her try can cheat in a co-cart competition, and wear some really eye-searing outfits at the Mardi Gras. Recently, she claimed that she would become a part-time teacher. That was greeted with derision by her family. Indignant, she told them that she’d teach the kids the “facts of life.” Well, fans can only imagine what that might reveal to surprised kids.

This year, Chrisley Knows Best fans noticed that Nanny Faye’s grandson, Grayson grew up and he now drives a car. Additionally, he finally shed his braces. In fact, he also started a summer job. Mind you, he didn’t enjoy the responsibility that comes with working. However, Todd insists that all of his kids go through it. Many fans think that’s a very good thing. Of course, he’s at the age when he thinks that he knows everything there is to know. As Nanny Faye seems to think that she’s the one who knows everything, no wonder she called him a “smart *ss.”

In a short teaser that the USA Network posted on Instagram, Nanny Faye talked about her favorite animal. Well, she asked, “Did you know a butterfly is my favorite animal?” Then, Grayson looked superior and knowing, saying, “They’re not animals, they’re insects,” That’s when Nanny Faye called him a “smart *ss.”In the comments section of the post, one fan seemed to agree with Nanny Faye, They remarked, “Aren’t insects Kingdom Animalia?? 👀” 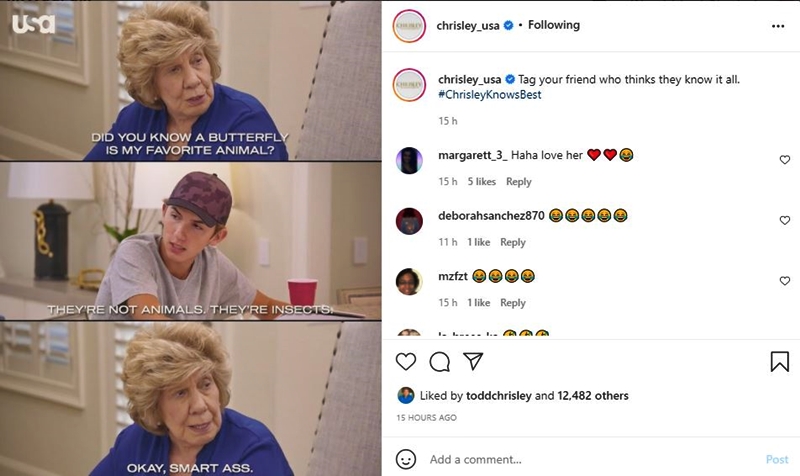 Well, that’s a very good question and Embora Wild notes, “insects are animals. They are regarded as animals because they fulfill the necessary criteria that qualify any living organism to be classified as an animal.” So, it looks like the Chrisley Knows Best grandson doesn’t know everything after all. Non-animals in the world include things like plants bacteria, and fungi, not insects. Insects do much the same as any other animals to thrive and survive. So fans scored that argument for Nanny Faye.

Chrisley Knows Best – Do You Agree With Nanny Faye About Grayson Chrisley?

Chrisley Knows Best fans love it when Nanny Faye wins out. Do you agree that Grayson should check his facts before he tries to be a “smart *ss?” Sound off in the comments below.

Be sure to catch up on everything happening with the USA Network show right now. Come back here often for more Chrisley Knows Best spoilers, news, and updates.