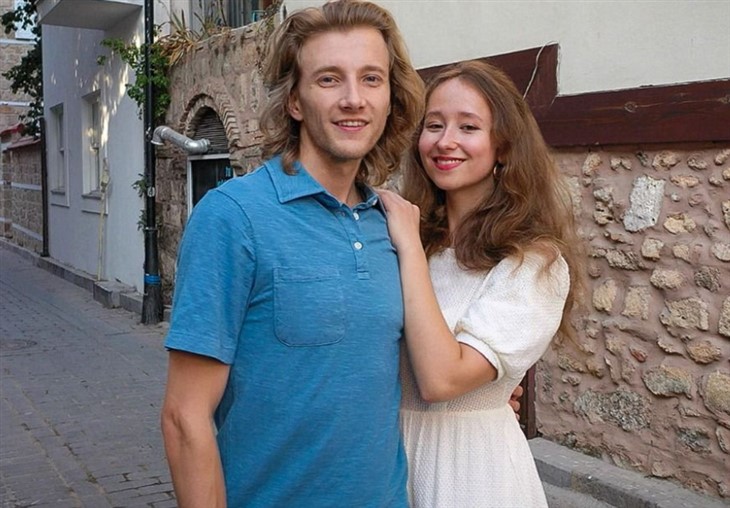 90 Day Fiance spoilers reveal that Alina and Steven Johnston are still going strong. After the Tell-All episode, we weren’t so clear if they were actually still together, but it looks like they have gone on vacation together to Dubai and decided to share it with their fans on social media.

When Steven and Alina first appeared on the show, we weren’t sure what would happen with them. They seemed to really love one another, but some things started coming out about Steven that viewers were shocked about. He is a devout Mormon and asked Alina to convert so that they could get married and then asked her to stay celibate so that he would know she was pure when they got married.

The celibacy issue became huge for these two because Steven had already had sex with multiple women and admitted to cheating on Alina as well. This was one of many red flags that viewers just couldn’t understand why Alina would just ignore it. After everything that happened, they ended up getting married and now traveling the world.

Now that Alina and Steven are no longer on the show, Alina changed her Instagram account to private. For those who were following her before, they found out that she and Steven are in Dubai right now. According to her photos, they love the decorations there for the holidays and they are staying at a pretty grand hotel.

Alina also posted some pictures of the skyscraper there and hung out at the mall. She snapped some photos of her with Steven and it really does look like the couple is loving life and having a great time together. Steven hasn’t posted any pictures of the trip yet and perhaps he is staying off of social media these days as Alina asked him to. For her sake, we hope he is.