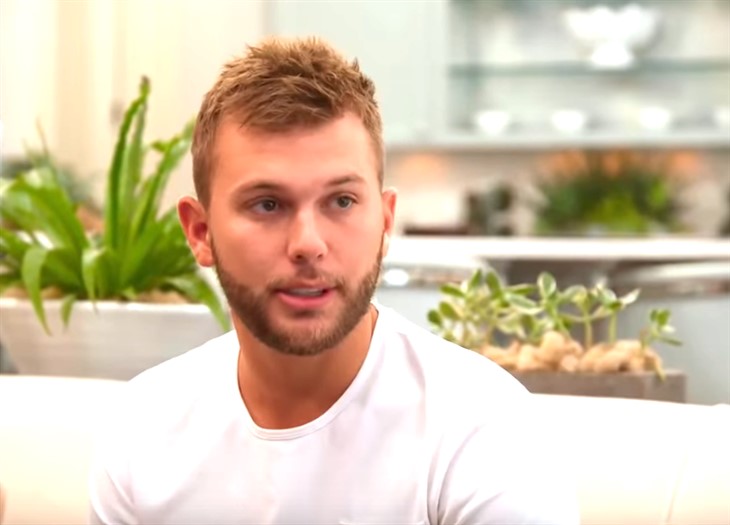 Chrisley Knows Best fans wait for the premiere date of Season 9. In the meantime, Todd shared a clip that showed him pranking his son Chase. Hilarious, a lot of fans giggled. Actually, Todd’s become well-known for his pranks and never tires of them. This time, he literally caught Chase napping and he ended up being threatened by his son. Payback time will no doubt come along soon.

Chrisley Knows Best Fans Know That Chase Gets Up To Mischief

The show, which comes back again this summer on Thursdays, often features Chase and Nanny Faye getting up to mischief. The other show, Growing Up Chrisley also comes along, so lots of laughs will soon come for USA Network fans. While waiting for the new season, Todd often shares past snippets of episodes. Or, he spends his time sharing memes about insightful things that he read or saw. Sometimes inspirational, fans like them. On occasion, he also shares how he pranks people.  This time, he pranked Chase at the pool.

The USA Chrisley Knows Best Instagram account shared a post recently about Todd and swimming pools. The caption asked who fans might take along if he threw a pool party and an invite went out. A lot of people said they’d take their mother, or grandmother in the hopes of meeting Nanny Faye. However, after watching Todd prank Chase at the pool, those fans might want to rethink going to one of Todd’s pool parties.

On Wednesday, July 7, Todd took to his Instagram and shared a video of himself. He filled up a bucket of “ice-cold water,” and then stepped out onto the balcony. Way below, Chase lay sunning himself on a floater in the pool. Around about, a few friends lazed in the sun as well. Taking exact aim, Todd then poured the entire bucket onto Chase. Screams and shouts floated upstairs.

Chrisley Knows Best fans loved the prank even though it seemed really evil. Nic Kerdiles, Savannah’s ex commented, “that felt really good for some reason.” One fan wrote, “Lol omg 😂😂😂😂 you’re a legend haha 😂😂😂.” Actually, a lot of fans thought it was really hilarious. Lots of laughing faces emerged in the comments. Another fan wrote, “Hahaha😂😂😂😂 I’m watching the show now and dying with this. You guys are hysterical.”

The son of Chrisley Knows Best star Todd threatened his dad and certainly didn’t seem amused at all. He wrote, “From 50 feet up with blocks of ice in it, now my head is bleeding… sleep with one eye open asshat.” Of course, fans know with these two characters that payback’s bound to come along very soon. Meanwhile, other fans stressed that Todd might have hurt his son with the ice.

Remember to check back with us often for more news, updates, and spoilers about Chase and Todd on USA Network’s Chrisley Knows Best.