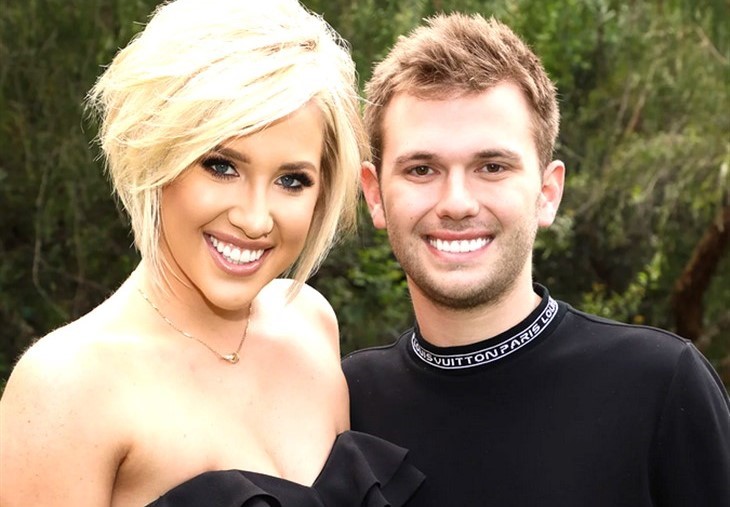 Despite the fact that he’s smaller than Savannah and may appear to be less mature, the Chrisley Knows Best star is Savannah’s older brother. The two are very close as siblings go and it’s clear, Chase will always jump in to protect his little sister.

Savannah recently took to her personal Instagram account to highlight some new additions to her line of cosmetics when a troll came at her. Big brother Chase just happened to be in the wings at the time and was quick to respond.

The Chrisley Knows Best beauty shared an Instagram post introducing three new lip kits. The three kits were displayed close to the lens while Savannah was blurred in the background – a very classy and professional image.

Chrisley captioned the image simply,“I wanted to do something different for this new @sassybysavannah collection. The NEW lip kits feature two tinted chubby lip balms and a lip oil To [sic] make sure your lips are luscious and beautiful!”

Chrisley Knows Best – The Chrisley’s Have Each Other’s Backs

Though this post didn’t include or otherwise have anything to do with her big brother Chase, the Chrisley Knows Best family is a tight one, and Chase and his brothers have always been there for their sisters.

Even though Lindsie Chrisley’s relationship with the Chrisley patriarch has been somewhat strained they have all said that they would be there for her the very moment she needed it.

The same is obviously true for sister Savannah and, from this post, it became clear, though there will be trolls, Savannah has exponentially more support in everything she does.

True to form an older hater found it necessary to come on Savannah’s post and attack her saying that she “shouldn’t quit her day job,” criticizing her hands saying she was “definitely not a hand model.”

What this troll could not have known was that he really opened himself up to be shredded of followers of Savannah – there are many.

Before Chase told the naysayer to “Eat sh-t” other followers came to the reality TV star’s defense and in even much harsher fashion, with one writing, “Your old nasty ss probably dreams of her hands. Eeewww !! Isn’t your meal ready at the nursing home with your fake ss page?”

Many fans backed up Chase as he defended his sister, and the troll clearly couldn’t come back with anything of substance. They certainly should know better than to try and go after a Chrisley!