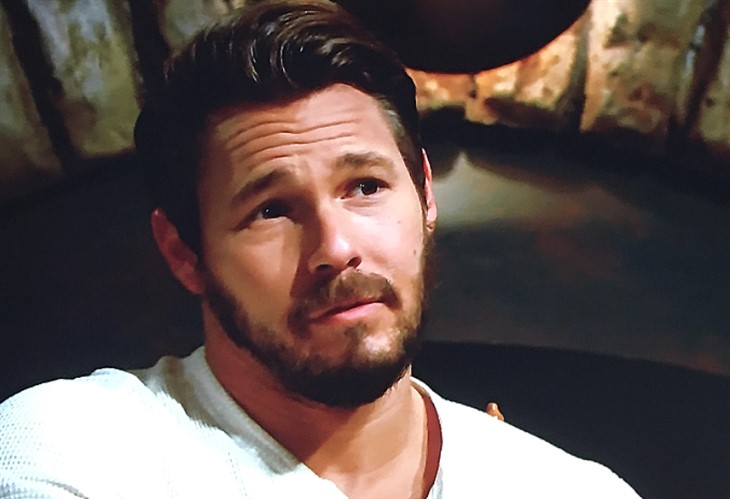 The Bold and the Beautiful (B&B) spoilers reveal that Liam Spencer (Scott Clifton) gets his freedom and family back. Hope Logan Spencer (Annika Noelle) tells her husband that Thomas Forrester (Matthew Atkinson) deserves the credit. Liam will be shocked by the revelation. Could this finally redeem Thomas in both Liam and Brooke Logan Forrester’s (Katherine Kelly Lang) eyes?

The Bold And The Beautiful Spoilers – Doubting Changed Ways

B&B spoilers reveal that Thomas has been trying to show that he is a changed man for quite some time. Ridge Forrester (Thorsten Kaye), Steffy Forrester (Jacqueline MacInnes Wood) and John “Finn” Finnegan (Tanner Novlan) trust Thomas. However, not many other people believed that Thomas truly changed. The biggest naysayers have always been Liam and Brooke.

Hope believed he was on the way to changing, but she let Brooke’s doubting words creep in her mind. Now she realizes that her mother is wrong and Thomas really is a good guy.

B&B Spoilers – Risking It All

There were even viewers who didn’t believe that Thomas was any different from before. Many people assumed that it was just another manipulation scheme. After everything Thomas has done and the previous “I’m changed” acts, who can blame anyone for doubting?

Now he has risked everything just to prove Liam’s innocence. Despite being locked in a cage, he didn’t ask Justin Barber (Aaron D. Spears) to release him for himself, his son or his family. It was always about freeing Liam. Even when Hope insisted on saving Thomas, he kept telling her to just go to the police and tell them about Vincent “Vinny” Walker’s (Joe LoCicero) suicide.

The Bold And The Beautiful Spoilers – Hope Logan Spencer Explains

The Bold and the Beautiful spoilers for the week of July 12 reveal that Liam will shower Hope with gratitude and praise. He assumes that she is the one who cleared him of murder. However, she will explain that the credit goes to Thomas. He will be shocked by the lengths that Thomas went to clear Liam and reunite “Lope.”

If this doesn’t prove that Thomas is no longer trying to take Hope for himself, then nothing will. However, there is some darkness attached to this positive outcome. In soaps, the good characters usually turn bad at some point. Likewise, when someone finally gets full redemption, that’s when they revert back to their old ways. So, could Thomas actually be able to stay good for a while? Or is it just a matter of time before he turns bad again? Let us know what you think and keep watching the CBS soap to find out what happens next.

Chrisley Knows Best And Growing Up Premiere Dates And Spoilers