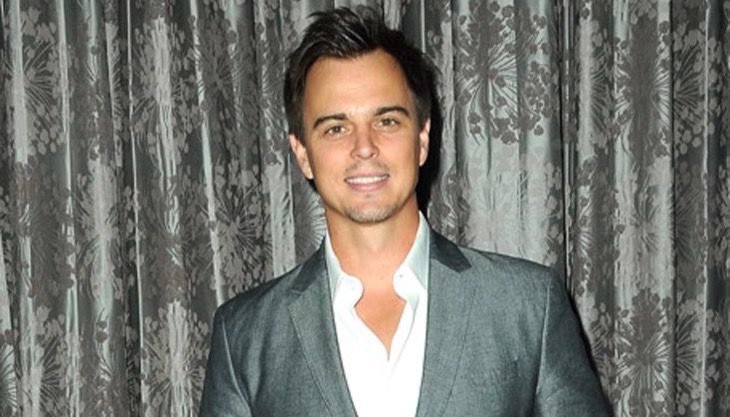 B&B & Y&R comings and goings spoilers say that Darin Brooks (Wyatt Spencer) was thrilled to be one of the participants in the daytime television crossover special this past week. That’s because he got to work with the beautiful and talented Hunter King (Summer Newman), who made her way to Los Angeles from Genoa City to find out the truth about a certain fiery-headed fashion designer who is trying to make a new name halfway across the country. Here’s what you need to know.

In a new interview with Soap Opera Digest spoilers, Darin Brooks, who plays Wyatt Spencer on the hit CBS soap opera, says that he was more than just excited for The Bold and the Beautiful and The Young and the Restless crossover special. He also said that he had a lot of fun playing alongside actress Hunter King, who plays Summer Newman in the fictional town of Genoa City.

Darin told the publication, “We had a blast. I love this kind of stuff! It’s great getting to do these crossovers. When I first heard about it, I was like, ‘This is an awesome idea! I know they’ve done it in the past with other series where they are bouncing all over their shows. I think it’s great that CBS gets to do these kinds of things, too. I really hope they do more of it, you know? I’m ready. Sign me up!”

B&B & Y&R Spoilers – Will Summer Find Out The Truth?

With that said, there’s a strong possibility that Darin might get his wish, especially if Summer will continue to try and dig up as much information as possible about her new nemesis, Sally Spectra (Courtney Hope). In fact, it would be great to see some of the members of the Logan, Spencer, and Forrester families make their way to Genoa City, too. Needless to say, B&B and Y&R fans will have to continue tuning in each and every day to find out what will happen next. Both soaps air on the CBS network. Check your local listings for times.