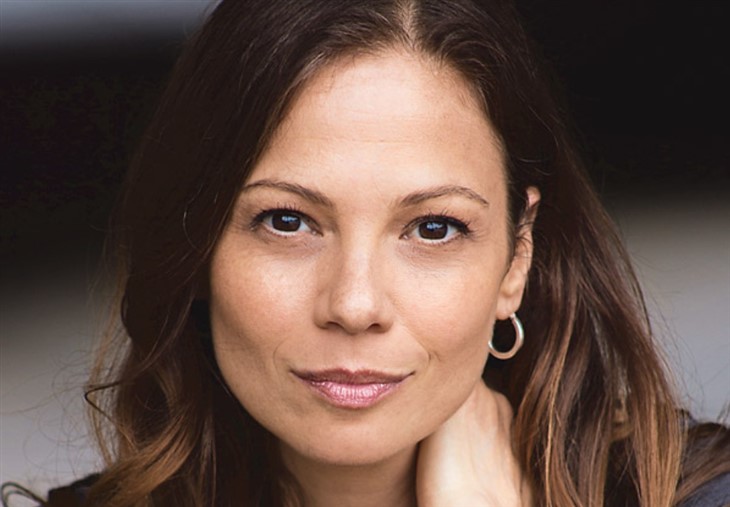 General Hospital (GH) rumors indicate that Kim Nero (ex-Tamara Braun) may be returning to our screens soon. Will Kim return to town with her new son?

The last we heard from General Hospital’s Kim, she had given birth to a son and hired a nanny. This information surfaced shortly before Julian Jerome (ex-William DeVry) fell off a bridge with Sonny Corinthos in the spring. Kim left town shortly after sleeping with Franco Baldwin (ex-Roger Howarth) while he was brainwashed to believe he was Drew Cain (Cameron Mathison).

Kim had been in a committed relationship with Julian before this but they had broken up. Speculation was that Kim’s child belonged to Julian, however, she was last with Franco meaning the child could belong to Frankendrew or “Frew” as the meshed character was referred to. Kim and Drew have a past and she would return to Port Charles once he returns home to allow him to meet their “love child”. After all, the Drew pre-memory mapping wanted a future with Kim, could post kidnapping Drew want the same?

If General Hospital’s Kim were to return, who would play the role? Days of Our Lives and General Hospital share Wally Kurth all the time. Wally has a current character on each soap and it seems to work well. Could the same arrangement work with Tamara Braun if she wants to play both roles? Is Kim needed in Port Charles considering that Drew has a few women to choose from already? After all, both Liz Baldwin (Rebecca Herbst) and Sam McCall (Kelly Monaco) were with Drew and are single.

General Hospital’s fans believe that Kim’s son is Julian’s child, however, considering that his name is Andy it is more likely that he is Kim’s son with “Drew” in Franco’s body. Drew accepted Danny Morgan (Porter Fascullo) when he got with Sam, he also accept Liz’s three boys as well. Would Drew accept and raise a child that belonged to his best friend? After all, Drew met his former self when Franco was given his memories. Drew was allowed to see how he and Kim used to be, even though he didn’t agree with the relationship. Could Drew feel like he owes it to Kim to give their relationship a shot?

There is no guarantee that Kim will return but the mention of a character usually means they are ready to pop back into our screens sometime soon. Will Kim finally get the chance to be with Drew?