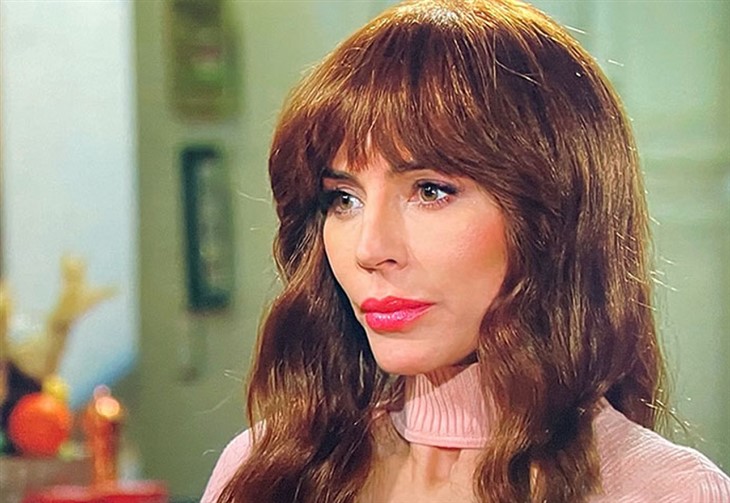 The Bold and the Beautiful (B&B) spoilers document that Taylor Hayes (Krista Allen) opened her mind, which allowed her heart to open as well. She was willing to give Sheila Carter (Kimberlin Brown) a second chance.

Steffy Forrester Finnegan (Jacqueline MacInnes Wood) remains uneasy about what all this means. But she went along with her mother and husband’s wishes.

The Bold And The Beautiful Spoilers – What Test Comes Next On B&B?

Sheila did not take no for an answer. However, when she was rejected, a flurry of amoral or criminal behavior did not follow.

Instead, Sheila did not respond with venom. She remained hopeful while not exactly patient.

Taylor’s conditioned approval, which is part of her plan to analyze if Sheila has reformed and is honest, opens a significant door. Sheila told Steffy that she intends to win her over. That test will be hard to pass.

Deacon Sharpe (Sean Kanan) rejected Sheila’s idea that they pretend to be a couple. That effort was intended to play off both returning characters’ strengths but was not well-conceived.

Sheila can be glad that Deacon pulled the soapy plug on the proposed Shecon pairing. Deacon also turned down Sheila’s pitch for him to consider a romantic connection.

Focusing on Hope Spencer (Annika Noelle), working and living at Il Giardino, and being honest is a good example for Sheila to follow. Both returned villains want their makeovers to produce results, with mixed returns.

Of course, there is an implied wink in Taylor discussing how life is different now than during the dark period when Sheila shot her. B&B’s recast, from Hunter Tylo (Taylor) to Allen means that a new actor has assumed this legacy character.

The opportunity for Taylor to eventually become Sheila’s guide is intriguing. Taylor has specific professional skills in being a psychiatrist. So, that creates the compelling dynamic where one of Sheila’s victims has the power to offer what would be life-altering assistance.

The idea of Sheila being at Sinn’s Christmas Eve party was preposterous in the rough moments that followed Steffy’s two face slaps. But solid writing has allowed the audience to get from there to here, with many fascinating options now placed on the daytime table.

Days Of Our Lives Spoilers: Eric Brady Is Ready For An Exorcism