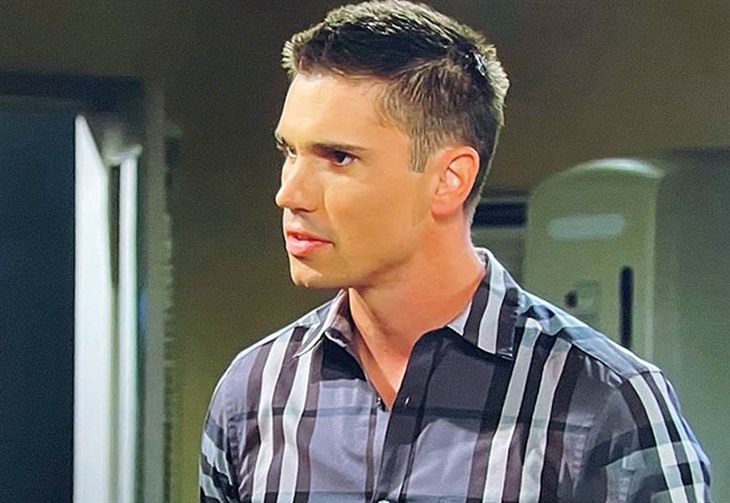 The Bold and the Beautiful (B&B) spoilers document that John Finn Finnegan (Tanner Novlan) can not shake Sheila Carter (Kimberlin Brown). He is unable to escape her unwavering desire to bond with him and his unresolved feelings about the woman who is his recently revealed birth mother.

Wood’s character is totally justified in her stance. Sheila shot Taylor Hayes (Krista Allen) and Steffy’s grandmother, Stephanie Forrester (Susan Flannery), and committed numerous other crimes. Any honest legal mind would not cite Sheila’s rights to redeem herself as paramount over the effect her actions had on her many victims, their family members, and friends. But such is a soapy world.

The Bold And The Beautiful Spoilers – Sheila Carter Appears Reformed

Some facts are offered on Sheila’s behalf. Doing so will present a fair-minded approach that all viewers can digest.

As devoted fans recall, Sheila was not nearly as violent or wild the last time they saw her in Los Angeles, California. Yes, Sheila’s fight with Quinn Fuller (Rena Sofer), which took place a few years ago, got physical, but weapons were not involved. That represented progress.

Reemerging in 2021, Sheila restrained herself when slapped hard across the face. Steffy’s outbursts resulted in no response. That appeared to indicate that Sheila has learned how to control herself, even in intense situations. Again, progress.

But is Sheila’s seeming reformation meaningful to any degree?

Finn’s good guy nature was developed through the life he led. While faith in his father was damaged through Jack Finnegan’s (Ted King) reveal, the reality of Finn’s backstory remains.

Novlan’s character was shaped through loving parents and positive experiences that led to him becoming a doctor. That effort has developed nicely as well. Then he was assigned to Steffy’s motorcycle accident case, and Sinn began to form. Sweet life, right?

Not knowing Sheila during her manic days shielded Finn from living what would have been a chaotic life. But it is fair to ask if Sheila would have lived the same life if she chose to raise him rather than allow Jack to claim that he needed to be adopted by the Finnegan family?

The Bold And The Beautiful Spoilers – Taylor Hayes Weighs In

Taylor is back in a big way. She is not visiting. No, the recast character Allen is playing intends to stay.

Specifically, regarding Sheila, the above news will be impactful. Rather than Steffy holding all the cards, Taylor dealt herself into the game.

If Sheila can find a way to earn Taylor’s trust, then a connection with Finn becomes possible. If not, Steffy and Taylor will become Sheila’s targets, with Finn likely becoming an unintended collateral damage victim. This projects as sizzling soap.