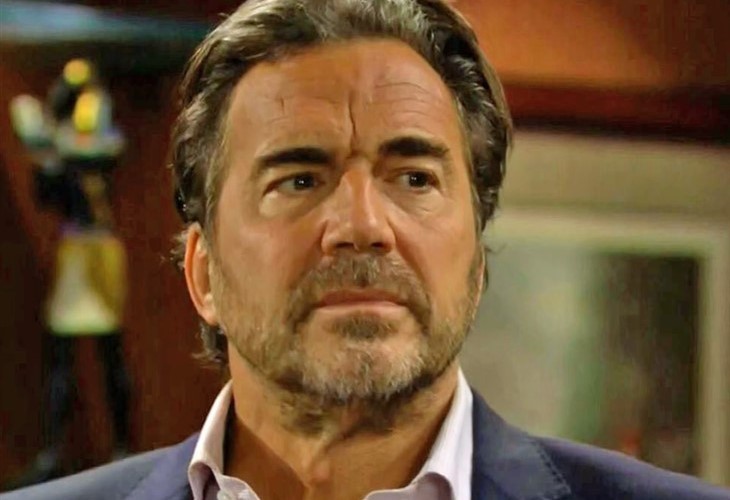 The Bold and the Beautiful spoilers reveal that Ridge Forrester (Thorsten Kaye) is about to lose Brooke Logan Forrester (Katherine Kelly Lang). Ridge is desperate to get rid of Deacon Sharpe (Sean Kanan). This could have Ridge making a deal with the devil. Could he team up with Sheila Carter (Kimberlin Brown) and if so, will he regret it?

The Bold And The Beautiful Spoilers – Deacon Sharpe Makes Progress

B&B spoilers reveal that Deacon and Hope Logan Spencer (Annika Noelle) both want the same thing. The father and daughter want to become a “real” family with Brooke. Despite all the pain that Brooke went through because of Deacon, it sounds like the family plan is going to be a success. Deacon has already told Brooke how he really feels. Hope will make a pact with her father in order to get Brooke to admit she still has feelings for Deacon.

While Deacon and Hope are working on becoming a family with Brooke, Ridge knows that he is about to lose the woman he loves. Ridge isn’t just going to step aside and let it happen, though. Ridge is already crossing the line by turning to Justin Barber (Aaron D. Spears). After Ridge confronts Brooke about her feelings for Deacon, the fashion designer could turn to someone unexpected for help.

The Bold and the Beautiful spoilers reveal that Ridge knows that Deacon and Sheila were a “couple.” It was a fake romantic scheme, which Ridge probably already suspects. However, if anyone can help give him intel on Deacon, it’s Sheila. It is teased that during the week of December 6, Sheila will become frustrated with Deacon’s fixation on Brooke. So, two enemies could join forces for a common goal – to ruin Deacon’s plan.

Sheila isn’t going to help Ridge out of the goodness of her heart. Sheila wants to have a relationship with both John “Finn” Finnegan (Tanner Novlan) and Hayes Forrester Finnegan. Under normal circumstances, Ridge would never agree to give Sheila access to his family. However, with his growing desperation, he just might do something that horrifies Steffy Forrester Finnegan (Jacqueline MacInnes Wood). It just might ruin Ridg’e relationship forever with Brooke, Steffy and others. Could this be the beginning of Ridge’s exit story?

Do you think Ridge is crossing too many lines and will his desperation have him make an unexpected partnership? If so, how will this affect Brooke and Steffy? Could it lead to Kaye’s exit, which is supposed to happen in early 2022?