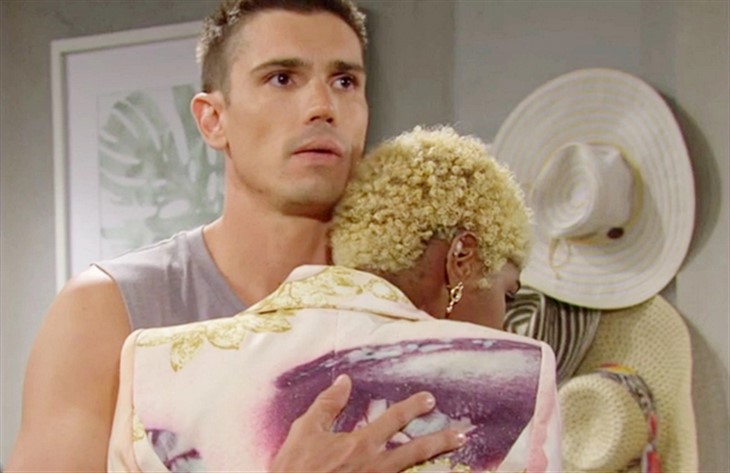 The Bold And The Beautiful’s Zende is starting to question Paris’ feelings because the connection between her and Finn is too strong. Zende is certainly starting to wonder what is going on with Paris and Finn and plans to get to the bottom of this. The more Zende hears of Paris and Finn’s conversations, the more he starts to worry. Zende might not expect Paris to run off with Finn, however, it definitely reminds him of Zoe’s pull to him when she was with Carter Walton (Lawrence Saint-Victor). Zende is beginning to question his relationship with Paris. Right now, Zende is hoping that his girlfriend isn’t crushing on Dr. Finn. Paris is being Finn’s sounding board and that could lead to much more.

The Bold And The Beautiful’s Finn has been confiding in Paris about his troubles with Steffy Forrester (Jacqueline MacInnes Wood). After all, Steffy has refused to finalize her marriage to Finn. Steffy is furious over Finn allowing Sheila Carter (Kimberlin Brown) around her infant son. Steffy has told Finn that she wants Sheila nowhere near her son. Steffy doesn’t care that Finn is Sheila’s son, she knows what Sheila is like. Paris is feeding into Finn’s need to know his birth mother and doesn’t see the wrong in what Finn has done. Will she continue to support him going behind Steffy’s back? Will Steffy kick Paris out when she learns how she feels.

The Bold And The Beautiful’s Zende feels for Finn since he is adopted. However, Zende feels that Finn needs to prioritize. Zende may also find himself with a new house guest if Paris is forced to move out. Paris knows how Steffy feels but continues to support Finn and Sheila’s relationship. Will Steffy kick Paris out of the house because she is afraid for her children? Will Paris need to find another home because she betrays Steffy’s trust? Paris could easily be persuaded to let Sheila see her grandson. However, If Steffy will throw her husband out of Sheila, Paris is a no-brainer. Could Steffy push Finn and Paris closer by throwing them both out?

Zende may be right to be worried about Paris and Finn. Can Zende hold onto his girlfriend or will Paris and Finn end up together in the end?