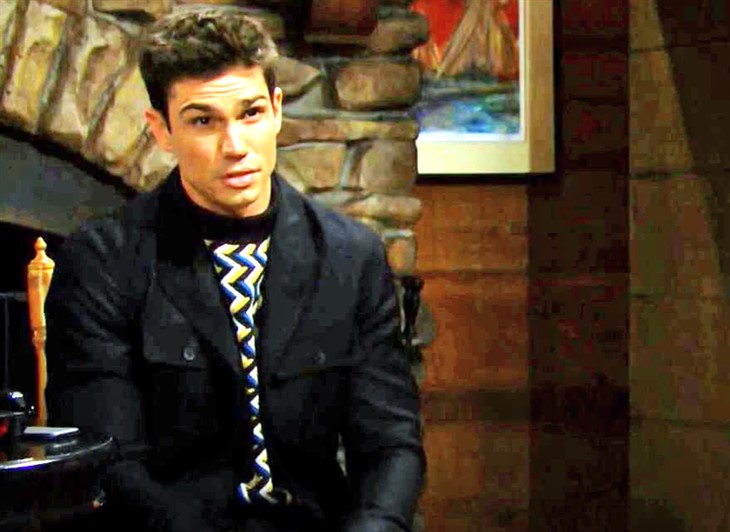 The Bold and the Beautiful spoilers reveal that Zende Forrester (Delon de Metz) hopes for a future with Paris Buckingham (Diamond White). However, he is aware that Paris has a massive crush on John “Finn” Finnegan (Tanner Novlan). Finn won’t be Zende’s only competition, though. In fall 2021, Paris will have multiple suitors, but does Zende stand a chance?

The Bold And The Beautiful Spoilers – Zende Forrester’s Wish

B&B spoilers reveal that Zende hopes that he can have a future with Paris. With that being said, he doesn’t want to jump too fast. Zende wants to be sure that Paris is the right woman for him. Not too long ago, Zende questioned Paris about where they stand as a couple. A lot of drama happened that took Zende and Paris’ focus off of each other. Zende ended up feeling like the relationship was hanging in limbo. Paris assured Zende that she was committed to their blossoming romance, though

At the same time as Paris’ assurance, she also dropped a surprising bombshell on Zende. Paris had moved in with Finn, Steffy Forrester (Jacqueline MacInnes Wood) and Hayes Forrester Finnegan. Zende wasn’t convinced that it was a good idea but went ahead and gave Paris his support. Perhaps Zende knew in his gut that something was going to happen.

Paris keeps gushing to Zende about Finn being the perfect man and the complete package. As Steffy and Finn continue to struggle because of Sheila Carter (Kimberlin Brown), everyone takes sides. While Zende and the rest of the Forresters rally around Steffy, Paris fiercely defends Finn. During the week of September 6, Zende will become so concerned that he tries to get Paris to admit that she has a crush on Finn.

The Bold And The Beautiful Spoilers – Paris Buckingham Pursued

The Bold and the Beautiful spoilers for fall 2021 confirm that Finn won’t be Zende’s only concern. It turns out that Paris will actually be pursued by multiple men. Now, this could mean as few as three guys or as many as a dozen. What is known is that despite having serious competition, Zende will still try to win Paris’ heart.

One complaint viewers have about the love stories is that it’s always the same. The characters find themselves in the same love triangles as before. The same couples repeatedly break up and make up. In order to have new love stories, there have to be more options. It looks like the soap is finally doing something about the limited characters by expanding the cast.

One former character is returning this fall to complicate Liam Spencer (Scott Clifton) and Hope Logan Spencer’s (Annika Noelle) life. Thomas Forrester (Matthew Atkinson) is confirmed to be getting a new love interest. Now we also have Paris being pursued by more men. So, we will have to see what happens. Who do you think Paris belongs with and what do you see in the future for Zende?

Days Of Our Lives (DOOL) Spoilers: Nicole Walks Away From Rafe – Will He End Up Alone?