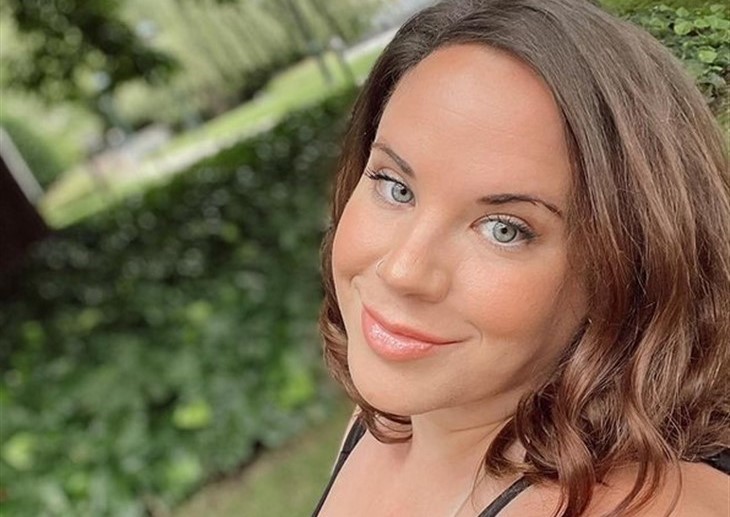 From slamming weight criticisms to clapping back at jokes about her lip filler obsession, Thore gets blunt about her annoyance at followers. And she’s gotten particularly angry about My Big Fat Fabulous Life fans pushing her to reveal the name of her up-to-now unidentified new French boyfriend.

Well, Whitney, prepare yourself to take your clap-backs to a new level.  Some fans of My Big Fat Fabulous Life think they discovered the name of that French boyfriend.

And that alleged discovery could turn into a major romance problem for Whitney, who claims her boyfriend does NOT want his identity revealed!

Find out more below.

Whitney has stayed firm in trying to protect her boyfriend’s identity on My Big Fat Fabulous Life.

Initially, however, some fans thought Thore went too far, and they wondered if she had created an imaginary boyfriend!

But the reality TV star has offered clues that her romance is real.

Here’s everything we know about the My Big Fat Fabulous Life star’s new man:

And for those who feel as a reality TV star, Whitney owes it to her fans to share her boyfriend’s name, Thore defended him.

“There’s a big difference between being in public with someone versus choosing to put your identity on display on the internet and TV for people to rip apart,” she pointed out.

And the My Big Fat Fabulous Life star bashed fans who claim her weight is the reason for the blurred face on her Instagram pics.

“If you feel that you can’t be loved because of your size or for any other reason, please don’t project that onto me — because I’m out here trying to enjoy myself and this person and what we have together,” she concluded.

On Reddit, My Big Fat Fabulous Life fans ignored all of Whitney’s attempts to protect her French boyfriend’s identity.

As a result of their sleuthing, the Reddit My Big Fat Fabulous Life contains numerous comments and even a video about the Frenchman, allegedly identified as Naïl. 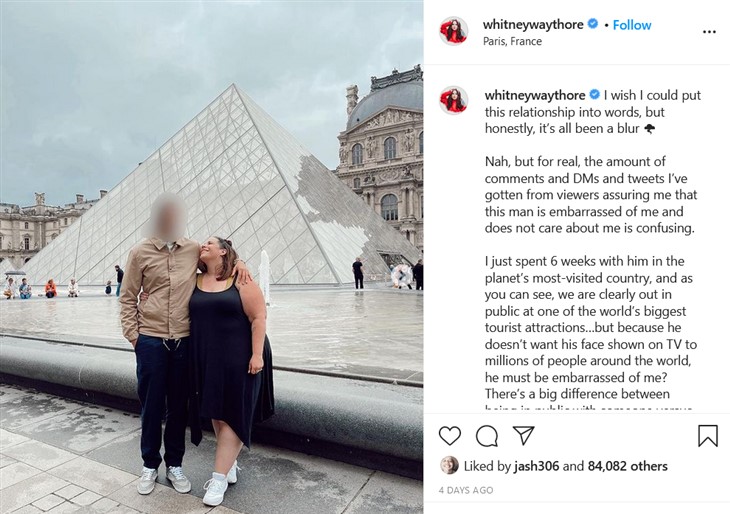 Several took screenshots of what they found, including this video and this photo.

And we noticed a clue that these fans are right: Soon after Whitney’s French boyfriend’s name allegedly appeared on Reddit, those same pages went private.

“I think the sheer fact that everything from Naïl has now been removed, that’s a pretty big red flag,” pointed out one fan.

At this point, Whitney and TLC have several options. They can acknowledge that fans allegedly found the French boyfriend’s identity and then either confirm or deny.

Or, they can keep silent and then, as one fan pointed out, potentially have the perfect excuse for why the relationship fizzles out.

What do you think? Tweet us your views and be sure to check back on our site for all your My Big Fat Fabulous Life news and updates!