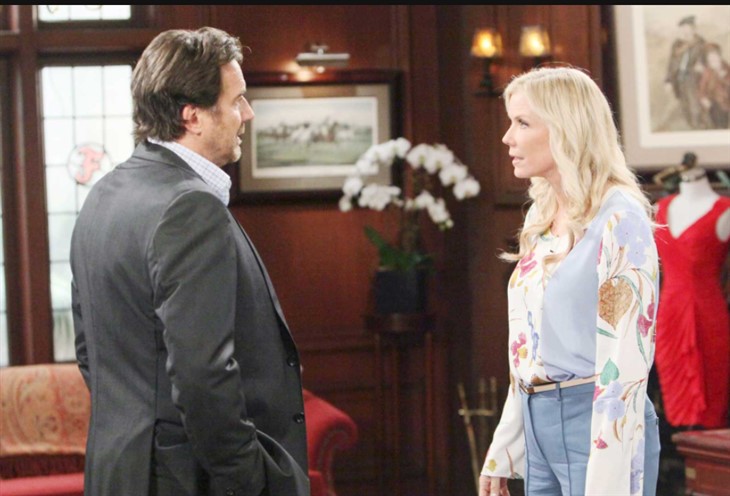 Ashley Abbott is a character on Y&R but she was also on B&B from 2007 to 2008 and fans loved her there. After seeing Sally Spectra (Courtney Hope) head over to The Young and The Restless, it would be great to see Ashley cross over and come back to B&B. The rivalry between Ashley and Brooke could bring some Dynasty, Alexis and Krystle vibes, a primary driver for melodrama that fans crave.

The Bold And The Beautiful (B&B) Spoilers: Steffy Wants To Believe That Finn Fathered Her Baby, Tired Of Finn Drama

The Bold and The Beautiful spoilers reveal that cast member Ashley met Rick in France, they got into an emotional and physical affair, and the two end up getting engaged. But when Ridge’s ex-lover Brooke is raped, she reconnects with Ridge and the two start to rekindle old feelings. Ashley is not going to give up that easily on a man that can provide well for her.

Lucky for her, she has Stephanie Forrester (Susan Flannery) in her court. Brooke’s rivalry with Stephanie is probably the most iconic ever on B&B and there was no way Stephanie was going to let “trashy” Brooke win Ridge of Ashley.

Brooke makes a beeline for Ashley and gets right in her face. She is Ridge’s soulmate and there is no way she is going to lose him, not even if Stephanie gets involved. Brooke fights Ashley for Ridge. Brooke is fueled by believing that the Forrester men are her toys, especially Ridge. Brooke told Ashley that Ridge would always come back to her and no one would ever come between them. In the end, Brooke wins. Much to Stephanie’s chagrin, Ashley leaves LA and goes to Europe to work at Forrester International.

The Bold And The Beautiful 2021 Spoilers – Cat Fights Continue

Ridge’s latest play-thing on Bold and Beautiful was Shauna Fulton (Denise Richards) and when Brooke found out about her, she put on skimpy lingerie and was again, prepared to fight for Ridge, no matter how long or hard it would be.

No, just when The Bold and the Beautiful fans thought there may be some peace for Brooke and Ridge, they find themselves at odds again, but not because of another woman, because Brooke believes that Ridge’s daughter, Stephanie Forrester (Jacqueline MacInnes) ruined her daughter Hope Logan’s (Annika Noelle) life by sleeping with Liam Spencer (Scott Clifton) and getting pregnant.

And the drama continues., be sure to catch up on everything happening with B&B right now.  Is it time for Ashley Abbott to make a Los Angeles return? Come back here often for The Bold and the Beautiful spoilers, comings and goings news, and B&B cast updates.

The Young And The Restless (Y&R) Spoilers: Devon And Elena’s Future Revealed?