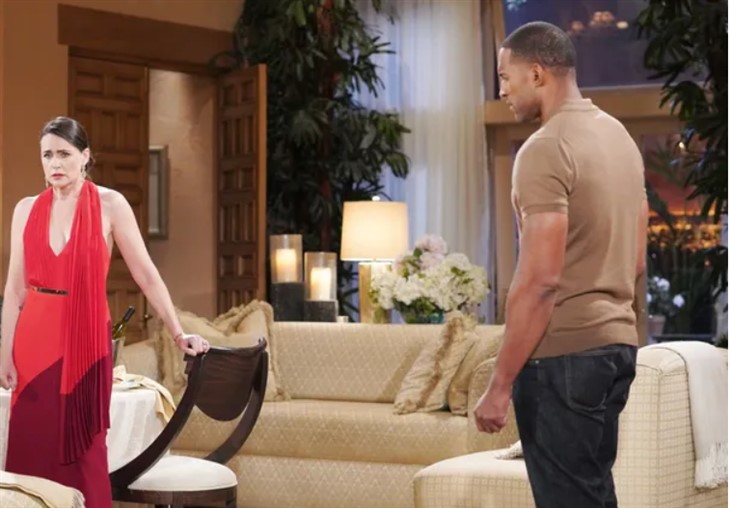 The Bold and the Beautiful spoilers reveal that the truth about “Queric” and “Quarter” is out. However, Eric Forrester (John McCook) and Quinn Forrester’s (Rena Sofer) marriage isn’t over yet. McCook teased that in Eric’s mind, the “agreement” with Carter Walton (Lawrence Saint-Victor) is just another part of his love story.

The Bold And The Beautiful Spoilers – Eric Forrester Informs

B&B spoilers reveal that Ridge Forrester (Thorsten Kaye) goes to Eric to tell him that Quinn is cheating on him again. Ridge bursts through the door and starts to tell Eric what he learned from Justin Barber (Aaron D. Spears). However, Ridge is the one that ends up getting a shocker. Even when Eric says that he knows and encouraged Quinn and Carter’s passion, Ridge can’t believe it.

Speaking to Soap Opera Digest, McCook said that Eric didn’t confess to Ridge, but informed him. The actor explained that a confession indicates wrongdoing and Eric firmly believes an open marriage is right for his situation.

“Eric’s reaction to Ridge is anger. He’s like, ‘How dare you come in here and rustle around in my life? I love this woman and this is what she and I have decided. This is what we are doing and this is who we are now…”

Ridge keeps pushing Eric to get Quinn out of his life. When Ridge refuses to listen, Eric explodes. McCook told the magazine that Eric tries to diffuse the situation first but is unable to calm Ridge down. Finally, Eric just explodes and blurts out the harsh truth. While confirming what Quinn claimed was true, the Forrester patriarch tried to explain why he’s going this route with Quinn. Then, Eric pretty much tells Ridge to leave him alone and to stop interfering in his relationship.

“… it is not a confession, because Eric doesn’t think it’s wrong – he informs his son that this was his decision. He is the one that has instigated this arrangement, and he has very good reasons for it…”

The Bold And The Beautiful Spoilers – ‘Queric’ Love Story Delusion

The Bold and the Beautiful spoilers reveal that “Quarter” getting caught doesn’t end “Queric.” In fact, Eric still believes that he and Quinn have a love story, and Carter is just another chapter. However, fans are not on board with that and feel that this storyline is wrong for several different reasons.

Explaining what is going through Eric’s mind when Ridge confronts him, the actor said,

“Despite everything that’s going on, Eric still sees this as part of his love story with Quinn, but where it leads from here is really anybody’s guess.”