The Bold And The Beautiful Spoilers: Justin Exposes Carter And Quinn’s Secret 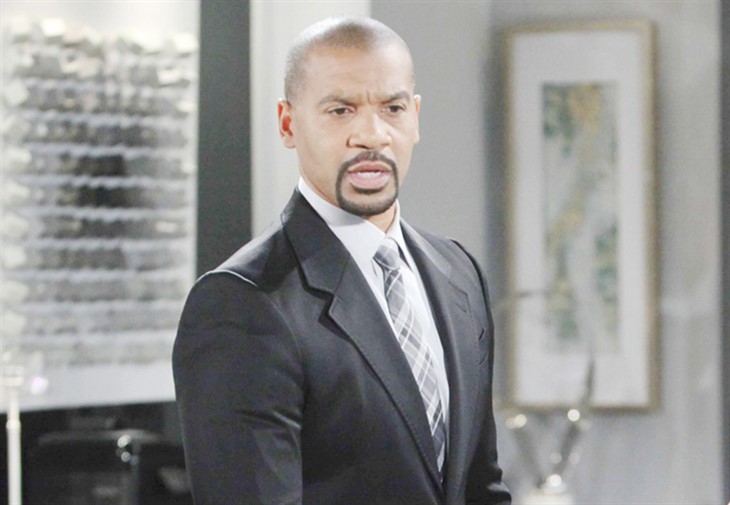 The Bold and the Beautiful spoilers show it’s not clear what Justin wants in return, but no good can come from his teaming up with his former enemy.

B&B viewers know that Ridge Forrester (Thorsten Kaye) despises Justin Barber (Aaron D Spears) almost as much as he hates Dollar Bill Spencer (Don Diamont). Soon Ridge will have no choice but to seek help from the enemy who has answers to questions that are plaguing the Forrester heir.

Ridge has been begging his dad Eric Forrester (John McCook) to tell him why he reunited with Quinn Forrester(Rena Sofer) and he might get exactly what he’s asking for. Spoilers say that Justin will soon catch Carter Walton (Lawrence Saint-Victor) and Quinn during an intimate moment. He is going to share this news with Ridge who will probably run straight to Eric.

The Bold And The Beautiful Spoilers – The Secret Will Be Revealed

Once Justin tells Ridge that he saw Carter with Quinn it will be assumed that Quarter is simply cheating again behind Eric’s back. Neither man has any idea that the Forrester patriarch gave his blessing for his wife and CEO to sleep together. Ridge will be angry and probably want the cheaters fired. He will go to his dad seeking answers, and Eric might just tell all.

Ridge may or may not reward Justin for giving him the facts about Quarter. He neither trusts nor likes him and after he gets the dirt on Quarter, he could decide he owes Barber absolutely nothing. This could leave Dollar Bill’s former lacky discouraged.

90 Day Fiance: Jay Smith Gives Back To The Community