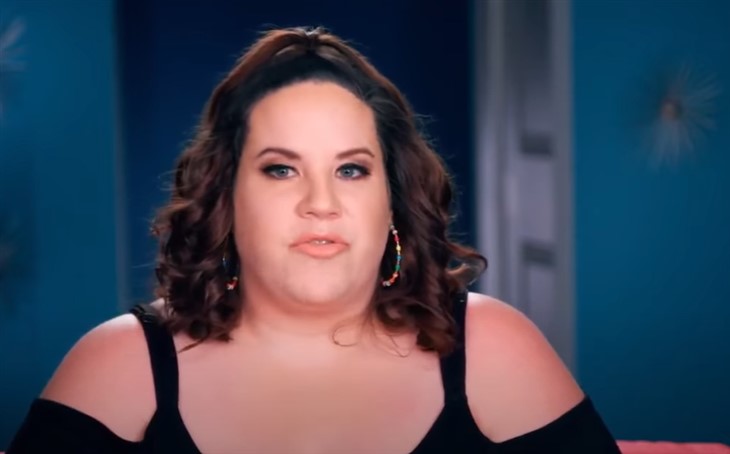 In a preview for an upcoming episode of My Big Fat Fabulous Life, Whitney Way Thore, 37, explained that it was “painful” to discover that her cheating ex, Chase Severino, was engaged to be married.

In a People exclusive clip, we see the two reconnecting over drinks when Chase drops the bombshell that he’s engaged.

In the clip, Chase jokes that his brother-in-law was trying to take his “thunder” because he proposed just three days after Chase proposed to his fiancé.

In the preview, Whitney says, “That sounded really weird.”  However, she then exclaims, “I just heard myself say that, but no really, congratulations.”  Chase Severino stated that he was glad that the two could still be friends and that she was “cool about it.”

The My Big Fat Fabulous Life star was not, however, as “cool about it” as Chase seemed to believe she was.

According to the body-positive dancer, “I definitely never expected that this would be so painful to hear,” adding, “It’s crazy to think that within a year, someone that I used to be in a relationship with is now a father and is engaged, and I’m still single with no children, obviously, and I don’t even know like, what is going on with my love life.”

Fans will recall that back in May of 2020 that the reality TV star had broken up with her fiancé after discovering that he had cheated on her with his then ex-girlfriend.

The news got worse when she discovered that not only had he had sex with his ex, but they were also now expecting a child.

In her Instagram post she told her followers, “After experiencing a lot of ups and downs and still living apart, Chase reconnected with a woman with whom he has had a long history,” adding that even sadder news that, “Chase recently told me this information and the fact that it had resulted in a pregnancy. Chase will be a father in October.”

My Big Fat Fabulous Life – I Ask For Privacy

Chase Severino had tried to soften the blow saying that he had nothing but love and respect for Whitney and their time together and asked My Big Fat Fabulous Life fans to please give him, Whitney, and his baby’s momma some privacy.

“As we now go our separate ways, I ask for privacy for Whitney, myself, and the mother of my child who wishes to remain anonymous.”  Chase’s baby, Aurora, was born in September of 2020.