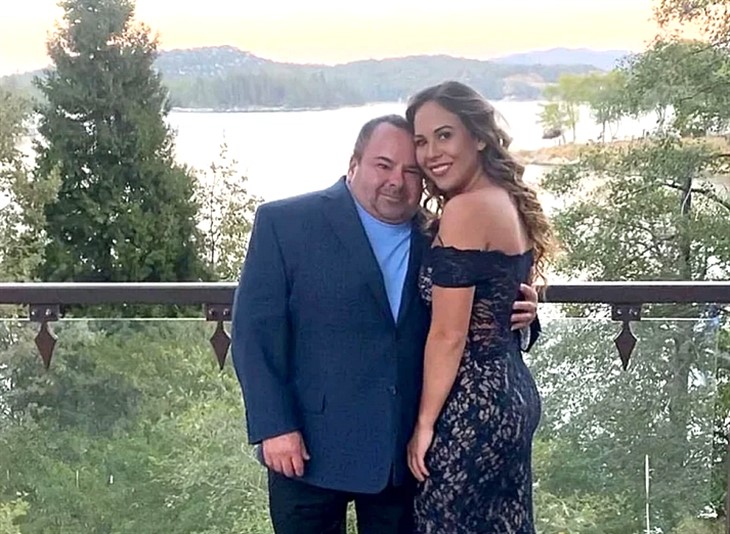 90 Day Fiance star Ed Brown showed his love for his rumored fiance Liz Woods. The TLC couple continues to spark engagement rumors but has yet to officially address it. But now, it seems Big Ed and Liz are slowly opening up about their rekindled romance more, sharing a glimpse of their romantic moments together.

Earlier this week, Big Ed teased a romantic date night with his “baby.” The 90 Day Fiance star took to Instagram and shared photos from the fun time together at his home.

Ed Brown was hands-on in making the night extra sweet and special. The reality star prepared and cooked enchiladas at home.

“Making Big Ed Enchiladas for my baby,” the 90 Day Fiance star wrote. It looks like Ed wants to impress Liz with his cooking skills, which she seems to appreciate.

Another photo shows Big Ed’s date laying on his couch after the meal with her face covered with a pillow. Although the woman’s face was not visible, many are convinced it was indeed Liz.

Big Ed and Liz have yet to issue an official statement about their rumored engagement. The 90 Day Fiance star has been relatively mum about his rekindled romance with Liz — a far cry from what it used to be when they were still doing the show together.

Ed Brown’s relationship with Liz prior to their supposed engagement was nothing short of controversial. Perhaps the lowest point of their romance was when a private phone conversation between the two leaked online.

In it, Big Ed can be heard cursing at Liz. The 90 Day Fiance star even called her names and gave demeaning remarks, to a point where Liz was brought to tears.

Since then, Ed Brown has been accused of being abusive to Liz. Fans also don’t want to tolerate his behavior and started a campaign demanding TLC to remove him from the show and its spinoffs.

TLC 90 Day Fiance Spoilers – Fans Had Enough Of It

Despite the strong demand from fans, Ed Brown managed to stay on TLC. The 90 Day Fiance star even landed a new stint in The Single Life.

Now, that he’s back with Liz, some couldn’t help but scratch their heads. Many expressed their disappointment as Ed continues to get more projects on the show. At this point, many are already done with him and his antics.

Still, the 90 Day Fiance star doesn’t seem bothered by the criticism. Big Ed continues to do his thing, seemingly enjoying every minute of it.