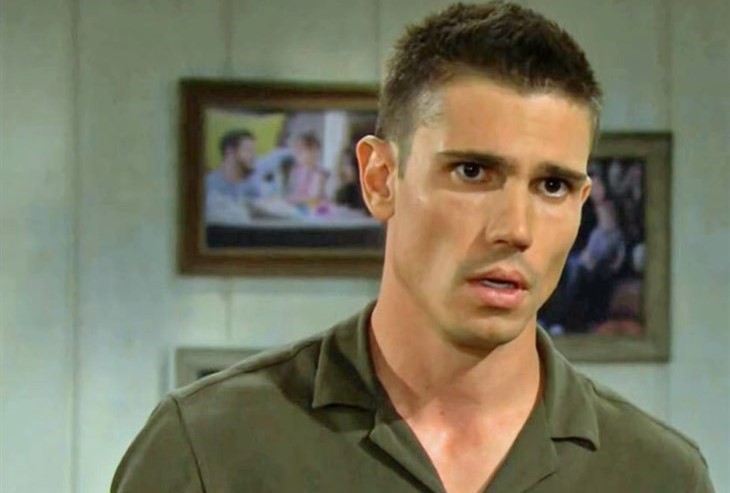 The Bold and the Beautiful spoilers reveal that Sheila Carter (Kimberlin Carter) and Steffy Forrester (Jacqueline MacInnes Wood) will face off. However, Steffy won’t have to fight her monster-in-law alone. Despite John “Finn” Finnegan’s (Tanner Novlan) conflicting feelings about his mother, he will stand up and fight for his wife and child.

The Bold And The Beautiful Spoilers – Sheila Carter’s Blame Game

B&B spoilers reveal that when Sheila first approached Finn, she expected to be welcomed into the “SINN” family unit. That didn’t happen and Sheila suddenly realizes that Steffy is her enemy. The only explanation for Sheila suddenly realizing this suggests she is delusional. Sheila is always a threat, but when she is deluded, then it only makes her even more dangerous.

Sheila believes that the only blockage to her having a relationship with Finn and Hayes Forrester Finnegan is Steffy. Sheila won’t stay away for long, so the newlyweds need to be prepared.

During the week of September 20, Sheila will unexpectedly show up again. This time, it appears that Sheila confronts Steffy. There is no way that Steffy is going to step aside and let Sheila have access to her family. Steffy literally just got Finn back and she’s not letting him go. In fact, Sheffy is prepared to fight for her family.

The Bold And The Beautiful Spoilers – Steffy Forrester Faces Threat

The Bold and the Beautiful spoilers reveal that Steffy is furious when Sheila shows up without being expected or invited. It is teased that Steffy and Sheila will face off, so it sounds like this confrontation gets dangerously intense. Sheila might have decades of experience with tormenting and torturing the Forrester family. However, Steffy is a mama bear and will give it her all to protect Finn and baby Hayes.

B&B Spoilers –  Fight or Lose It All

Novlan teased to Soap Opera Digest that Finn is now willing to fight Sheila. The doctor realizes that if he doesn’t, then he will lose everything that matters to him, including Steffy and Hayes.

“What happened with her at the hospital gave Finn a different perspective of what Sheila may be capable of… his family, being his wife and his son, are his top priority. He’s going to have to [fight back against Sheila] because otherwise, Finn is going to lose it all.”

So, it seems that Steffy might not have to fight Sheila alone. However, what will Sheila’s reaction be when she is “betrayed” by her own flesh and blood? How will “SINN” defeat Sheila once and for all? We will have to keep watching the CBS soap to find out how this storyline ends.