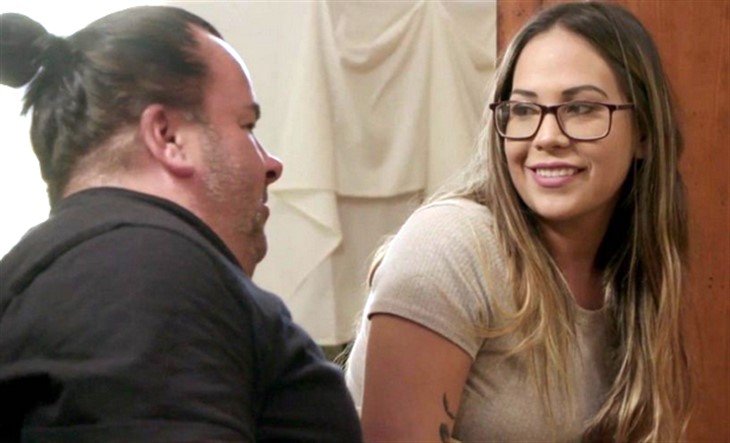 Following recent news that 90 Day Fiancé stars Big Ed Brown and girlfriend Liz Woods are engaged, new rumors are swirling. This is after Liz made a post on Instagram about a “baby brother.” Naturally, critics of Big Ed were horrified to hear the potential news, but luckily Liz did clear up any confusion in the story.

Big Ed Brown is known for his rocky relationship with Filipina Rosemarie Vega on 90 Day Fiancé: Before the 90 Days. However, that wasn’t the last of Big Ed on reality TV. He came back on the spinoff 90 Day: The Single Life where he was once again looking for love. The relationship didn’t look like it would work, especially after Liz shared a shocking phone recording of Ed insulting the mother of one. However, despite this, it seems Liz and Ed are engaged.

Fans were shocked to see images of Big Ed posing with Liz, with a massive rock revealed on her left hand. No one expected this to happen, after the way Ed treated first Rose and then Liz. However, he has been referring to Liz as his “beautiful fiancé” and has told people they are getting married. Then something else happened to shock the socks off of fans.

Even more of a shock is a recent Instagram Story made by Liz which sparked rumors of her being pregnant. The image revealed her seven-year-old daughter, Ryleigh working on a DIY project with some cloth and a pair of scissors. The caption read, “Blanket for baby brother,” with the further words, “Our family is growing” with a heart emoji.

While the image did immediately make it look like a baby was on the way, there was one little hint that people missed. Right next to the words “baby brother” were two cute paw print emojis. In a later statement to In Touch, Liz confirmed that her family is welcoming a four-legged baby. She told them, “We are welcoming 4 paws coming,” adding that her daughter has been asking for a sibling. However, the 90 Day Fiancé star said she told her they could get a dog instead.

Fans will remember that in August, Big Ed revealed that his dog, Teddy, had passed away. Teddy had been his best friend for many years and Ed was devastated over his loss. Now, fans are wondering if, with Liz adopting a new dog, maybe she is sharing the happiness of the pet with her new fiancé. Keep checking Soap Opera Spy for more 90 Day Fiance spoilers, news, and updates.

Days Of Our Lives Spoilers: Allie Tells Tripp A Secret, Steve And Kayla Get Involved In Mystery