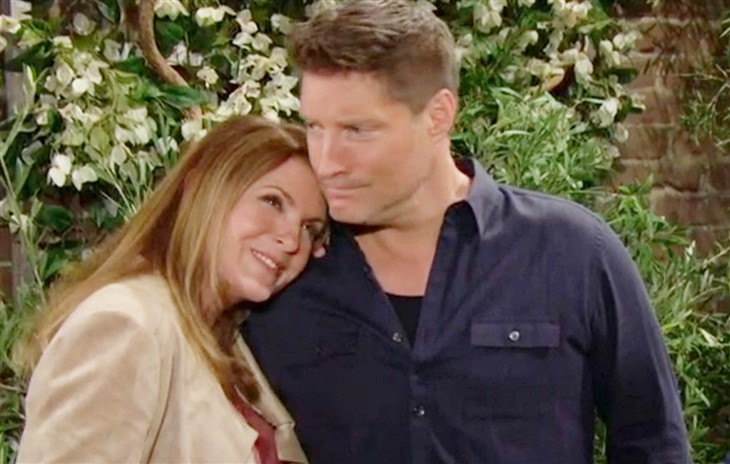 The Bold and the Beautiful spoilers document that Sheila Carter (Kimberlin Brown) was impressed by the progress Deacon Sharpe (Sean Kanan) said he made with his daughter. Hope Spencer (Annika Noelle) staunchly defended her father, which served to persuade Brooke Logan Forrester (Katherine Kelly Lang) as well.

B&B spoilers show that Ridge Forrester (Thorsten Kaye) is adamantly opposed to Deacon’s return. Hope’s stepfather raised her, not Deacon. So, that is why Kaye’s character is naturally protective. He loves Brooke and her daughter, Hope.

Brooke’s decision, in backing Hope’s choice, establishes a new conflict point between Bridge. It is too soon to tell if that will lead to a romantic break.

Deacon made a crucial decision that changed the dynamic. He decided to drop the Shecon ruse, which shocked Sheila.

Sheila is fond of Deacon in ways that go beyond the ploy she planned to execute. In her mind, she and Deacon were in similar predicaments. While that was generally true, her comparative assessment was off-base.

Kanan’s character felt that Hope’s connection with him was so strong that he did not need to pretend to be Sheila’s boyfriend to provoke a reaction. His choice has quickly resulted in Hope embracing her father.

Teasers indicate that Jack Finnegan (Ted King) will admit that he is John Finn Finnegan’s (Tanner Novlan) father. Li Finnegan (Naomi Matsuda) will be enraged by his admission, as will Finn.

The above eliminates another card from Sheila’s hand. As viewers recall, Jack did Sheila’s bidding because of the secret they held.

Sheila calculated that Jack would never come clean, which gave her emotional leverage. But that ace is gone, which also means Jack likely can not be used as Sheila’s lobbyist. So, she may be forced to follow Deacon’s lead and approach Finn with honesty.

Sheila has strongly questioned Deacon. She believes that he is harboring a fantasy in believing that any future is possible with Brooke.

However, Brooke’s feelings for Deacon may not represent settled history. Just as Deacon says that he never got over her, viewers can reasonably wonder if a latent spark exists in Brooke’s heart?

Even if the above is not true, a fallout with Ridge could reopen a romantic door with Deacon. A triangle between Deacon, Brooke, and Ridge would have seemed far-fetched. But if the angle happens, it would represent compelling soap.