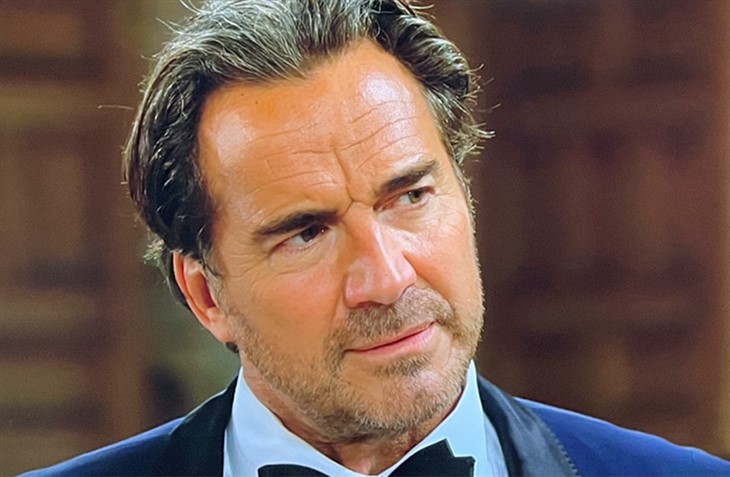 The Bold and the Beautiful (B&B) spoilers for the next two weeks tease that contentious family matters take center stage between the Logons and the Foresters.

Hope Spencer (Annika Noelle) is the love child of seriously handsome Deacon Sharpe (Sean Kanan) while and The Slut of the Valley Brooke Forrester (Katherine Kelly Lang). Daddy’s back to pick up where he left off prior to his prison stint. No one except Hope thinks it’s a good idea to let him back into her life.

On the other hand John “Finn” Finnegan’s (Tanner Novlan) family history comes into play and not in a good way. There is family drama on tap for the next two weeks and it will be explosive when Ridge Forrester (Thorsten Kaye) puts his designer foot down.

The Bold And The Beautiful Spoilers – What Happens Next?

The week of November 8-12, Quinn Forrester (Rena Sofer) has had enough of the chummy Logan sisters. They are like the mean girl clique everyone had to get through in high school. Look for Quinn to give as good as she gets when the littlest Logan, Katie (Heather Tom) trashes her. Katie will take Quinn to task for how she treated her other sister Donna Logan (Jennifer Gareis).

This centers around her wrath that Quinn forced Eric Forrester (John McCook) to push Donna from his circle of trust. life. Himbo dujour, Carter Walton (Lawrence Saint-Victor) has dinner and a show when he witnesses the ladies’ heated showdown. Meow!

Carter picks a side, and even money is that Katie is the winner. In response Quinn will feel wronged and we know how Quinn reacts when angry.

Thomas Forrester (Matthew Atkinson) and Paris Buckingham (Diamond White) are living together after a realty snafu and this confuses his son Douglas Forrester (Henry Joseph Samiri) — does he have yet another new maybe stepmom in his future? Which brings up the unignorable fact that Thomas is something of a himbo isn’t he?

Hope then twists the knife by telling Ridge that Deacon is her dad, not him. Hope tells Brooke she needs to accept Deacon being in her life or risk the consequences. Are mom and daughter about to get into a major snit  over Deacon?

Elsewhere Jack Finnegan (Ted King) will show back up in Los Angeles for lunch with his baby mama Sheila. But their baby boy Finn shows up at Ill Giardino too and sparks fly.

B&B spoilers: What Happens Next in LA?

Meanwhile Zende Forrester Dominguez (Delon de Metz) wants Quinn’s assistance with a special gift for Paris. Paris is a lucky lady as these two designers are at the top of their professions. It looks like Zende and Quinn could be working on –gasp– a wedding ring?

Thomas arranges a romantic setup, and tells Paris his inner must emotions about her. Once again, Paris is torn between two wealthy, eligible bachelors! How does she do it?

Be sure to catch up on everything happening with B&B right now. Come back here often for The Bold and the Beautiful spoilers, news, and updates