B&B Spoilers: Brooke Takes A Deep Dive Into The Past 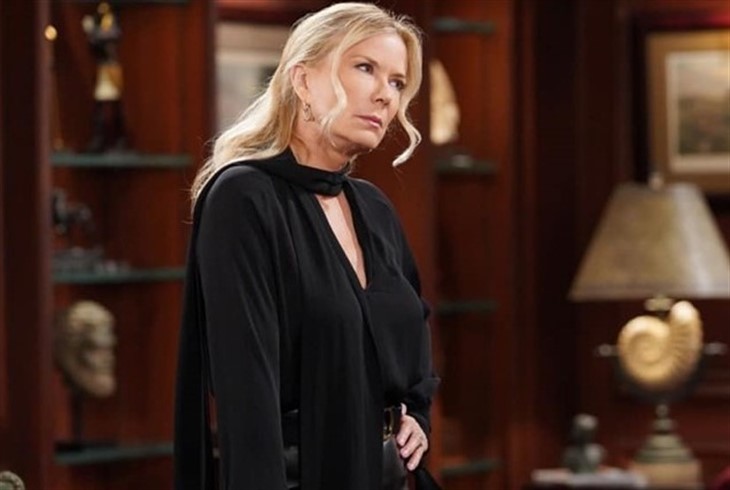 The Bold and the Beautiful (B&B) spoilers for Thursday, November 4, 2021, reveal Hope And Brooke spending some mother-daughter bonding time together and Hope learns things she may not have ever wanted to know.

Hope Logan Spencer (Annika Noelle) truly wants to get to know her father, Deacon Sharpe (Sean Kanan), but Brooke Forrester (Katherine Kelly Lang) has been dead set against it. As soon as Deacon walked through Hope’s front door, she warned her daughter to stay away from her father but Hope didn’t want to listen. She also now wants to know why? What could have gone so wrong that Brooke wants to deprive Hope of this relationship she has always wanted.

This makes Brooke open up to Hope and reflect on her past with Deacon. Yes, they started under less-than-ideal circumstances. After all, he was her son-in-law and their affair broke Bridget’s heart and almost broke their relationship forever.

But Brooke has to admit to Hope that there were some good times too and perhaps softens to the idea of Hope getting to know him. How will the very angry and demanding Ridge Forrester (Thorsten Kaye) feel about this?

As for Deacon, he thought ‘what could I lose if he teams up with Sheila Carter (Kimberlin Brown) to get Hope back into his life?’ Well, he is starting to learn — a lot. Sheila certainly isn’t playing with a full deck and he knew that the day he saw her photoshopped family snap. On Thursday, Sheila reveals the next part of her warped plan and it’s a doozy.

That’s when the red flags start to fly high for Deacon. What has he gotten himself into? Sheila thinks she found the perfect partner in crime, but that’s the furthest thing from the truth.

Maybe he should inform Hope about Sheila, since she’s been telling Finn (Tanner Novlan) that it’s a good idea to get to know this loony woman who claims she gave birth to him — against Steffy’s (Jacqueline MacInnes Wood) wishes. Where are Sheila’s other kids anyway? She does have several… Stay tuned to The Bold and the Beautiful weekdays to see how these stories play out.