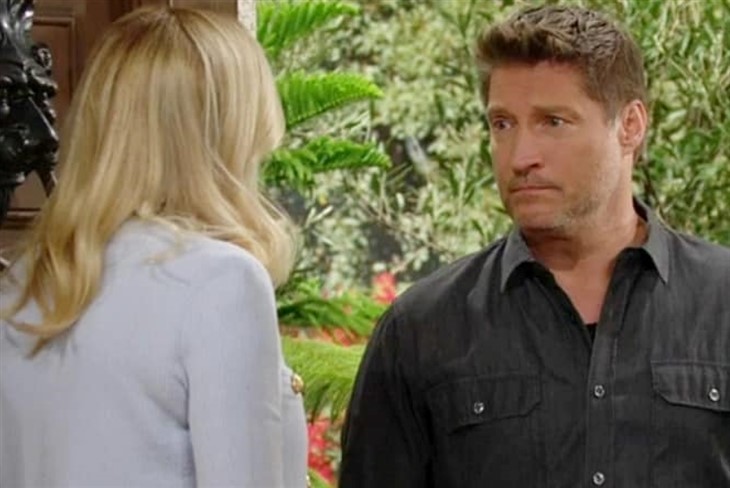 The Bold and the Beautiful spoilers document that Brooke Logan Forrester (Katherine Kelly Lang) was touched by Deacon Sharpe’s (Sean Kanan) heartfelt plea and their daughter’s impassioned defense. Ridge Forrester (Thorsten Kaye) did not see what happened before he came home and reacted viscerally upon arriving.

Brooke told her husband to let Deacon go as Ridge was physically rushing him to the front door. The interplay between the four characters became the next flash point in one of B&B’s newest storylines.

Hope Spencer’s (Annika Noelle) articulated feelings impacted Brooke. Lang’s character replied with true honesty when talking about the guilt she felt regarding how Hope came into the world.

One of Brooke’s most notorious storylines was the involvement with her daughter’s (Bridget Forrester, as most recently played by Ashley Jones) husband. The connection with Deacon was real, which Brooke basically admitted.

Noelle’s character could not maintain a connection with her father when she was a child. But she is in a different position now and will not be talked away from Deacon.

Deacon told his jailhouse story. He had time to think, took responsibility for his mistakes, and decided to pursue a new path upon his release.

It felt like a foreshadowing when Deacon told Brooke that she was still on his mind after all these years. Hope’s mother was surprised and seemed almost, if not actually flattered.

Cutting Sheila Carter (Kimberlin Brown) off was another sign that Deacon is serious about the future. He wants to be open and build a relationship with Hope honestly. Deacon also recognizes that Brooke’s support can enable his goal to be reached.

The Bold And The Beautiful Spoilers – Ridge Forrester’s Doubts Renewed

Ridge was staggered by Brooke’s insistence that Deacon not be shown the door. That was natural considering all she verbalized about Deacon in the past and most recently, at the cabin.

Brooke understands that she is walking a tight line between protecting Hope from potential pain and inspiring resentment in Beacon’s daughter. Viewers see that Deacon’s pitch worked and is logical.

As Hope said, how can they determine if Deacon is being truthful about wanting to make amends unless he is given a chance?

But Ridge is thinking with pure emotion, rather than logic, where Brooke and his stepdaughter are concerned. That makes sense and furthers a solid soapy scenario.