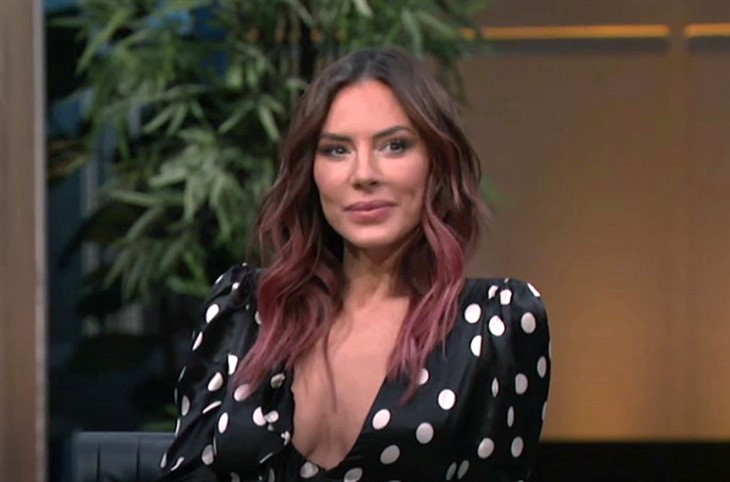 Viewers of The Bold and The Beautiful will remember that Katie Logan (Heather Tom) has had it up to way over there with Bill and his shenanigans! Bill has cheated on Katie so many times and taken her pretty much for granted, that she has finally set her foot down and told him no more!

B&B soap opera fans can agree that it takes a special kind of stupid for a man to cheat on his wife with her own sister, although Brooke Logan Forrester (Katherine Kelly Lang) is just as much as fault as he is for those affairs. It’s almost like a battered wife stuck in an abuse cycle, with her husband repenting and asking forgiveness time after time when he hurts her, only to go back to the same old thing and hurt her yet again! Besides, Katie may be finding new love with Carter Walton (Lawrence Saint-Victor) who has also been hurt by rejection.

Viewers of The Bold and The Beautiful may find it difficult to believe, but maybe, just maybe, Bill really wanted to change for Katie and now he truly has a broken heart! Bill Spencer has got a broken spirit and his pride has been taken down several notches as well, once he realizes that he really is at fault and he has to become a different man if he’s ever to find true love again. Katie really put up with a lot – too much, and she should probably shuck her shifty sister Brooke as well if she knows what’s good for her!

After all, it is pretty obvious that Brooke and Bill are still strongly attracted to each other! Bill may even find himself in need of counseling, and that could be where Taylor comes in. It would take a lot for Bill to admit he needs a psychiatrist, but he might just take the plunge, and Taylor might just take him on as a client now that she’s returning to LA.

The Bold and The Beautiful fans could see how Taylor and Bill could team up against Sheila Carter (Kimberlin Brown). Sheila’s not all that interested in Bill and Taylor’s mutual granddaughter Kelly Spencer (Colette and Avalon Gray) but she’s still there in the mix as Sheila’s trying to get close to Steffy Forrester’s (Jacqueline Macinnes Wood) husband John “Finn” Finnegan (Tanner Novlan) and their baby Hayes Finnegan (Piper Harriott).

Neither Bill nor Taylor will want Kelly in danger from Sheila, and both could see how it could happen – since Sheila could be trying to get to Hayes, and big sister might be in the way! The Bold and the Beautiful spoilers and updates reveal that Sheila tried to kill Taylor in front of her then toddlers and they thought she was dead for a long time!

That sets up a very emotional situation for Bill and Taylor to bond in, and it could also recreate the Taylor-Brooke-Ridge Forrester (Thorsten Kaye) triangle except with Bill instead of Ridge, and that could get very interesting!